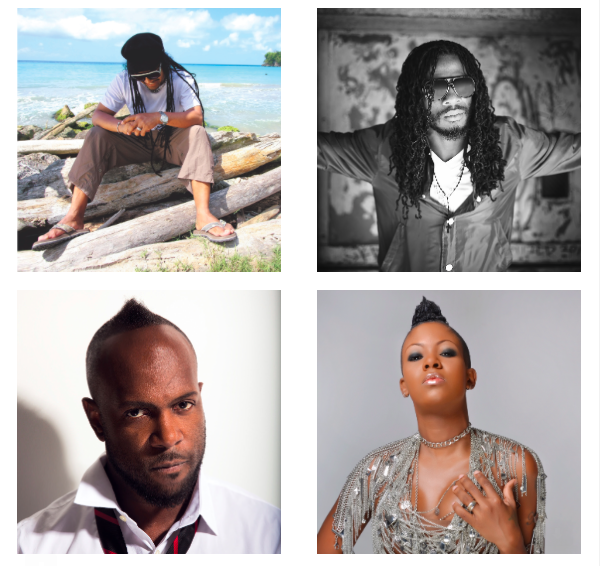 VP Records has teamed up with SummerStage to celebrate the label’s 35th year in business. From VP’s artist roster, reggae stars Maxi Priest and Gyptian as well as soca royalty Bunji Garlin and Fay Ann Lyons will take the stage in NYC’s Central Park for this momentous occasion. DJs Bobby Konders and Jabba of Massive B will also provide sounds throughout the day. The free concert kicks off at tomorrow (Sat. June 27) from 2pm-7pm.

This year marks the 35th anniversary when VP Records’ founders Vincent and his wife Patricia Chin moved their headquarters from Kingston, Jamaica to Jamaica, New York – transforming their operations into the largest Caribbean music company worldwide. There will also be a special VP Records 35th anniversary pop-up exhibit entitled A Reggae Music Journey, which designed by acclaimed artist Michael Thompson. The display will be located outside of the event for all the patrons to enjoy.

“VP Records is proud to bring this all-star lineup into the heart of Manhattan. We’re all looking forward to celebrating the 35th anniversary with an historic day of reggae and soca music in the park,” states VP Records Senior Director of Marketing Brian Greenspoon.

Following several partnerships with VP Records, The Jamaica Tourist Board joins the label again as an official sponsor for the event. They will giveaway travel and merchandise on site. JTB’s Business Development Manager Kris DaCosta says, “the VP Records and SummerStage collaboration is a great fit for us. Reggae music is a huge part of Jamaica’s storied history and this event gives us a great opportunity to share with New Yorkers the good vibes to be had on Island.”

SummerStage is also celebrating their 30th anniversary this year. SummerStage is a program of City Parks Foundation that presents performances of outstanding artistic quality, free of charge, to serve the diverse communities of New York City.  To celebrate their 30th anniversary, they have extended the season from May to October, and added more than 20 free shows in Central Park and 15 neighborhood parks across the city.

VP Records co-founder Patricia Chin adds “SummerStage’s 30th Anniversary and VP Records’ 35th Anniversary are significant milestones that we are honored to acknowledge together at the prestigious Central Park venue.”  After 35 years, Miss Pat (as her staff affectionately refers to her) is still very much involved with the day-to-day operations of VP Records.

Patricia Chin also received the Lifetime Achievement Award last night (June 25) at the 2015 American Association of Independent Music (A2IM) Libera Awards. She is the first female recipient to be presented with this honor.