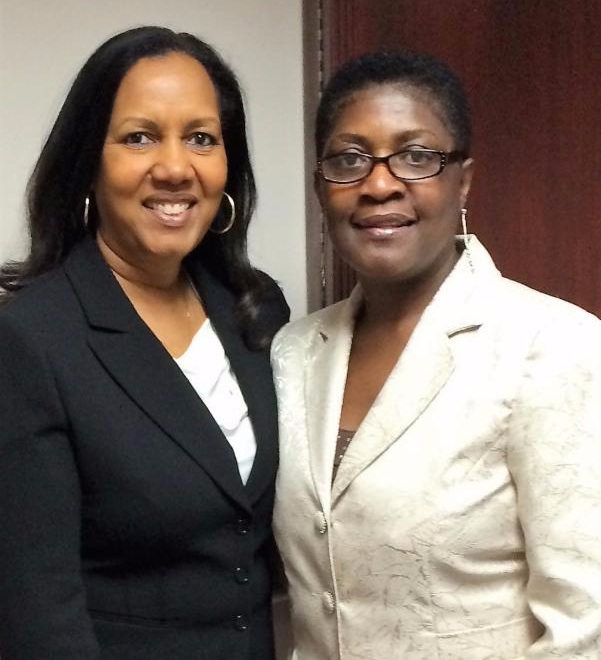 A number of Caribbean-American elected officials have thrown their support behind Miramar Commissioner Yvette Colbourne, who is up for re-election on March 14 in the City of Miramar.  Colbourne is at the end of her first four-year term and has been given high marks for her outstanding role as a strong advocate and very effective representative of the residents of Miramar.

At her recent campaign launch at the Hampton Inn in Miramar, a capacity-filled room of excited supporters, as well as elected officials, such as Broward County Commissioner Dale Holness, Lauderdale Lakes Mayor Hazelle Rogers, City of Miami Commissioner Keon Hardemon, all spoke highly of her passion for serving and the many years of experience she has as a public administrator and public servant.

Born in Panama of Jamaican heritage, her father and grandfather were born in Jamaica, Commissioner Colbourne has been a resident of Miramar for the past 25 years. The former Miami-Dade public administrator commented on her dream for the City.  “I have a vision of one Miramar, a city with people of all cultures, living, working and socializing together as one community”. She also stated that she is proud of the job she and her colleagues on the dais have accomplished. “Together we have kept Miramar taxes low, paid a living wage to all city employees, built a new police headquarters and invested over 20 million dollars in new
park improvements. We have served with high ethics and integrity, all Caribbean’s but no scandals”.

The City of Miramar currently has a population of 132,096, and is the third largest city in Broward County, in terms of land size and the fifth largest city in Broward, in terms of population.  The City is home to many major corporations and Fortune 500 companies.  Miramar was named among the top 100 of “America’s Best Places to Live” by Money Magazine in 2006 and again in 2008.