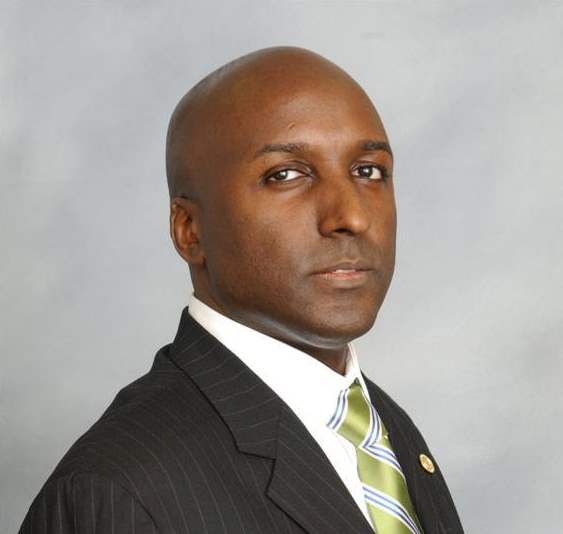 Mitchell has earned a bachelor’s degree and two master’s degrees. Currently, he is pursuing a doctorate. He lives in New York, where he works as a consultant, lecturer, author, and entrepreneur.

Karl’s new book Afrika’s Struggle: His Experiential Journey is the story of a young boy, taken from Africa as a slave in the eighteenth century, who becomes a world leader.

Tell us about your new book Afrika’s Struggle?
Afrika’s Struggle is the story of a young boy taken from Africa as a slave in the eighteenth century. He shows genius-level intellectual potential and, as a result, is fortunate enough to be afforded the best educational opportunities available. He goes on to play roles in the American, French, and Haitian revolutions—and, inspired by history and motivated by personal experience, he dreams of establishing an African empire that will eclipse other major empires that have existed through history.

The book is interesting, giving the reader a look at the eighteenth-century slave trade as well as a perspective that many readers probably would not have on the revolutions of the period.

What inspired you to write this book?
I am an 80s kid who was inspired by the Afrocentric currents overflowing the Black consciousness during the mid to late 80s.

As a 15 year old, I wrote a short story for an English honors course at the illustrious East Side High School. The same high school depicted in the classic film, Lean on Me. The short story became my first chapter of the book. In 2006, at the urging of colleagues, I add nine more chapters to turn the short story into a novel. I decided to publish it in July 2015.

What comments do you hear most often from your readers?
When are you coming out with the sequel? Are you going to do a trilogy? You should write a screenplay for a movie based on the book.

What are your 2 favorite books of all time?
The Bible and the Autobiography of Malcolm X

Who are your favorite authors?
As of today, I am following the literary works of Ta-Nehisi Coates, Dr. Cornell West, Dr. Darrick Hamilton (eminent economist), Dr. Terry Williams (eminent sociologist), and my fellow Jamaican – Malcolm Gladwell.

What is next? Are working on book number 2?
I am working hard on putting Afrika’s Struggle: His Experiential Journey on film as the saying goes – “in a theater near you.” I am already playing the soundtrack album in my head.

Believe it or not, I already composed two complete books in my head since I was 15 years old. One has a futuristic Sci-Fi storyline while the other has an American Western storyline.

That said, my fans are urging me to work on Afrika’s Struggle II.

Do you have any advice for new writers?
For them to take the late Maya Angelou’s advice:

“You can only become truly accomplished at something you love. Don’t make money your goal. Instead pursue the things you love doing and then do them so well that people can’t take their eyes off of you.”

I will add that you should empty yourself and let your “muse” fill you up with her creative juice. The creative juice that will have your fans returning for more….

Seven day, six night, all expense paid, my vacation destination is…
Jamaica, Jamaica and Jamaica! I guess the cat is out of the bag that I’m a self-styled Jamaican ambassador. Very well…. As a PADI and Red Cross certified SCUBA rescue diver, I like visiting Okinawa, Japan. Okinawa is one of the best dive spots in the world. It has 5 ecosystems in one place.

My favorite guilty pleasure is..
I occasionally indulge in high end gourmet ice cream. Eventually, I need to wean myself off of it because my vanity needs me to let loose the “Adonis” in me.

On behalf of the readers of Jamaicans.com thanks for providing us with this interview. Do you have any closing thoughts for our readers?
Please visit www.karl-mitchell.com for updates on my book. You will be able to purchase its print copy, digital copy and audio copy (check out the audio sample) via said website.  As already noted in the beginning of the interview – the book is interesting, giving the reader a look at the eighteenth-century slave trade as well as a perspective that many readers probably would not have on the revolutions of the period.