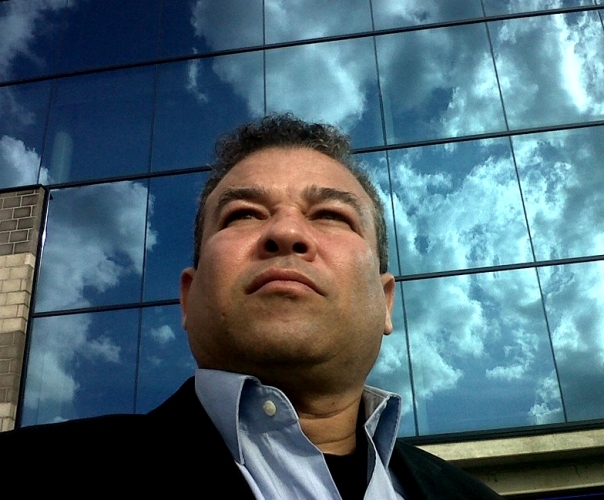 Is there hope for the Jamaica’s “Reggae Boyz”? This week we have a conversation with Craig Butler co-founder of the Phoenix All Stars Football Academy which many see as the “farm” for future “Reggae Boyz”. The Phoenix All Stars Football Academy’s main goals are to develop football players to make it professionally and  secure football scholarships to colleges & universities. The current membership of the academy is 452 players. Members are in the US , Jamaica , Canada, Dubai, Qatar Africa, Europe, England and the Caribbean.

Q: Tell us about the The Phoenix All Stars Football Academy? How did it get started?
The Phoenix All Stars Football Academy is in its second cycle. It was indeed begun by Craig Butler Christopher Williams and Lenny Bailey. Early players in the team then were Richard “Potcover” Mcdonald , Errol Lewis, Howard Allen , Kit and Kirk Kennedy, The Twins Patrick and Paul Smith of Meadowbrook high and of course Lawrence Errar and The Ventura Brothers.
We committed as young men that we would seek to use football then as the vehicle to forge ahead successful lives and careers. We all got football scholarships of some sort and to this day the football we have played still, opens doors for us.
We solicited and secured David “Wagga” Hunt as our coach along with Mabricio Ventura Sr. and our base in Meadowbrook/Havendale saw us working hard towards our goals. We would enter into corner leagues then and win them all. Our friendship and brotherhood lasts to this day.
Q: Did any of the original players play Europe?
All those players had hopes but professional football was out of our grasps not because of a lack of talent, they were great players.  It was unfortunate at that time that Europe did not allow for none European players to begin playing in the English leagues until Ossie Ardiles broke the mold.

Q: How did you get the idea?
At that time there was no KSAFA Youth Leagues for Under 13 and Under 15 AS EXISTS TODAY; Rather there was minor league or under 17. So for a group of aspiring young 11 and 12 year olds it posed a problem. We adopted the name Phoenix to motivate and exemplify the ideals we would all share from then into our maturity. Never give up, Never back down, stick together and reach for the stars with no fear.
I vowed that no matter what my position in life or career should one child ever ask me to coach I would make the sacrifice and give back for all of the early Phoenix players.
It so happened that upon my return to Jamaica after living in the US for 18 years in 2000 my son Kyle at 5 made a weird request.  He said, Dad I want to be a professional footballer. I had coached major league teams in Jamaica Shortwood FC, Central Kingston Meadforest etc; and I had been bringing Kyle to training and games since he was born.
I agreed to coach him on Saturdays at Shortwood in the morning and we began together as a father and son labour of love;
Soon his friends from Stella Maris began to come out. Then the children from the adjoining communities of Grants Pen Shortwood, Cassava Piece and Common on Red Hills road also started coming to training. It began to take on a life of its own. In one year they really began to show serious progress and commitment to the ideals of the Phoenix spirit.

Q: What are some of the accomplishment of the project?
Soon they were top scorers and captains on their prep and primary school teams spread out across Kingston and St. Andrew.
We decided to test their abilities and at an average age of 8 years old we entered the Kingston and St Andrew football Competition as the Stony Hill Phoenix.  This competition was the KSAFA Under -13. Playing against players five years older than they were these 7 8 and 9 year olds in 2007 they shocked the nation.
Many of them became captain of their high school football teams; Kyle Butler for St. Georges College, Dominic  James  for Jamaica College,  Jason Wright for Wolmer’s Boys, Kevaughn Atkinson and Andre Wilson for Calabar High, Leon Bailey for Kingston College. All came from the Phoenix Academy.  They scored goals in every league and did phenomenal deeds at very tender ages.  In 2010 Leon Bailey won the KSAFA Most Valuable Player (MVP) awards in three different age groups competitions (Under-13, Under-15 and Under-17) and was the top scorer as winners of two of those competitions.
Q: When did you decide to Europe? What are some of the accomplishment there?
Under-15 and under 17 competitions Phoenix decided to embark on an even bolder mission.  We took Leon Kyle and Kevaughn, three of my sons to go to Europe to see if we were good enough to make it here; we wanted to pave the way for the rest of the Phoenix;

We came armed with Public speaking and image projection courses delivered and trained by Laura Butler and Invision Training Consultants as well as the Jamaica Employers federation. Upon landing we first went to Austria’s top team Red Bull Salzburg.
We weren’t prepared for the Minus 5 degree weather we faced for training in only shorts and t Shirts. We failed.  Percy Van Lireup, the head of Red Bull said we weren’t good enough to go home
We did not put our heads down. Instead the boys took off their shirts the next day and ran six miles in the freezing March cold of Austria. Within two months Red Bull Salzburg was writing emails and requesting that we lead their club.
Kyle Butler at 13 only and unable to speak a word of German was chosen to captain the USK Anif under 15 squad. His Brother Leon also played striker. To cut a long story short they combined for 120 goals between the two of them Leon scoring 75 goals and Kyle the majority of the assists
The Played red Bull in the final and defeated them taking the little club USK Anif to the top of the table
Kevaughn Atkinson at 16 played for USK Anif in the adult senior Bundesliga team and top scored the league and put Anif in Second position. It was the best the club had ever done;
Sadly it was its last as an independent club as the saying goes if you can’t beat them BUY them. Red Bull bought Anif .
Q: Are more young men joining the Phoenix Academy in Europe?
We had made an agreement with Anif that we would seek to be ambassadors for our country and for our academy and we went on test training at Rapid Vienna, Austria Vienna, Red Bull Salzburg, Grodig , Redi , Magna Weinder Neustadt in Austria; Then MAinz05 in Germany, Bayern Munich, Hamburg in Germany.  Then we went to Holland to Ajax. By then in 2011 we had built a hell of a reputation in Europe and doors were willing to be open. So we decided to bring the others on tour
Q: Has anyone in the group been offered a professional contract?
Kyle Leon and Kevaughn were signed to KRC GENK the top developmental club in Belgium and maybe Europe.
Q: What has most impressed you about this group?
We were extremely successful winning all the games and exciting scouts here with the speed efficiency skill composure and maturity of these young professionals. The thing I find most impressive about this group is the resilience and determination to succeed as football players. I love the brotherhood that drives them onward to success

Thanks for the time and we wish the  Phoenix All Stars Football Academy all the best in the future.