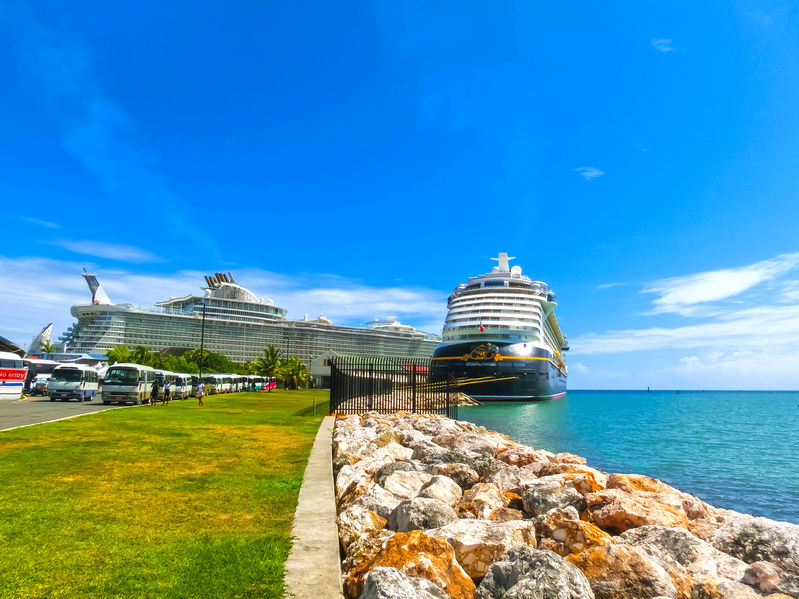 The United States imposed travel restrictions stopping cruise ships from visiting Cuba. This has caused major cruise lines to accommodate their passengers’ desires for a Caribbean voyage in different ways. As the US ban remains in place, the cruise lines are replacing their scheduled stops in Cuba with other destinations, including calls in Jamaica.

The Carnival Cruise Line has replaced its calls to Cuba with visits to Ocho Rios, Key West, Cozumel, Grand Cayman, Princess Cays, Half Moon Cay and Bermuda. Depending on the trip, these ports either replace a portion of the scheduled itinerary or a different itinerary altogether.

The Holland America Line replaced its Cuban itineraries with several seven-day Caribbean cruises that will sail between October of 2019 and April of 2020. The ports replacing those in Cuba include Jamaica’s Ocho Rios, Key West, Grand Cayman and Half Moon Cay. Additionally, Holland America offers three special Caribbean itineraries departing November 27, 2019, January 29, 2020, and March 29, 2020, which will include Cozumel, Nassau, San Juan, St. Thomas and Amber Cove, in addition to the ports previously listed.

MSC Armonia’s are replacing Havana with either Key West, Costa Maya or Cozumel or Grand Cayman.

The Norwegian Cruise Line is replacing their Cuban ports of call with stops in Nassau, Key West, Great Stirrup Cay and Freeport instead of Havana.

Oceania Cruises has changed all of its Cuban itineraries for the rest of 2019 and early 2020 to trips focused on the Eastern or Western Caribbean. The replacement stops include Key West; Harvest Caye, Roatan, Costa Maya, Grand Cayman, San Juan, Great Stirrup Cay and Santa Marta, Colombia, and other ports in the West Indies.

Oceania’s Sirena, which was set to make voyages to Cuba in the later part of 2020 and 2021, will now stay in Europe during the fall of 2020 and sail instead to Turkey, Israel, Egypt, Arabia, India and Myanmar over the winter.

Pearl Seas Cruises has yet to announce Cuba replacement plans, but has refocused its attention on locations in Canada and the Great Lakes region of the US.

Ponant also has not announced any replacements for Cuban ports of call to date, nor has Regent Seven Seas Cruises. Havana had been listed as a destination for spring 2020 with an itinerary including Cienfuegos and Santiago de Cuba scheduled to sail October 2019.

The Seabourn Sojourn was set to sail to Cuba beginning in November 2019, but will now call instead at San Juan, Martinique, Curacao; Port Antonio in Jamaica, Key West, Isla Catalina (Dominican Republic), and ports in both the US and the British Virgin Islands.

Viking Cruises have not yet announced replacement ports of call but has one remaining Cuban trip slated for December 2019 and some early 2020 sailings.

Azamara has not announced Cuba itinerary replacements at this time