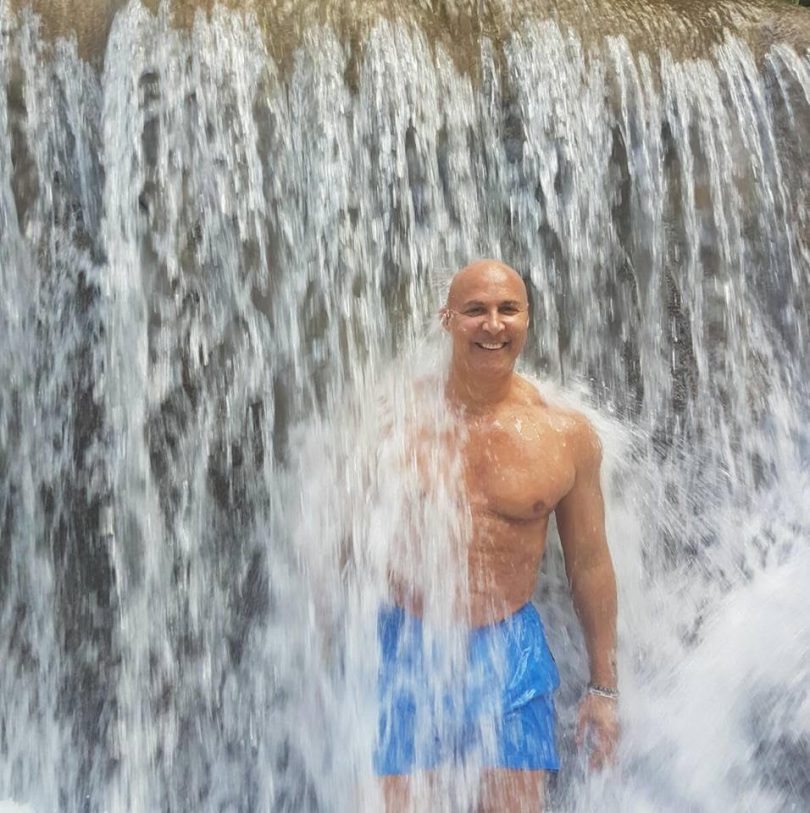 Dano Halsall, the former Swiss world record-holding 50-meter swimming champion, visited Jamaica in late December of 2016 looking for his Jamaican roots and a greater understanding of the country’s culture. Halsall, 53, has a Jamaican father, Conrad Halsall, and a Swiss mother. He is the cousin of Doug Halsall, CEO of Advanced Integrated Systems Limited, an information technology firm. Dano Halsall broke the 50-meter freestyle world record in 1985, clocking 22.52 seconds. One of his hopes during the visit to Jamaica was to meet other champion athletes, including swimming sensation Alia Atkinson and sprint Olympian Usain Bolt. He also planned a visit to the Bob Marley Museum, citing Marley as one of his heroes. But Halsall’s chief reason for visiting Jamaica was to meet his family and discover his roots, as he had never been to the island before. He didn’t even know he had a large extended family in Jamaica until recently, something he discovered in a Facebook post. Halsall said his father was born in Brown’s Town and lived in Montego bay. He credits his father with giving him his love of sports and for telling him that he was special. “I was Jamaican, so I was special,” Halsall remembered his father saying.  Halsall is the only athlete in Switzerland who has a world record in any sport, so he became very famous. “ He is an 86-time Swiss champion, holds 92 Swiss national records, and has won FINA competitions 58 times. According to Halsall, “I always feel deep inside me that I am Jamaican. Because I don’t feel like Swiss people. I feel a lot different.”