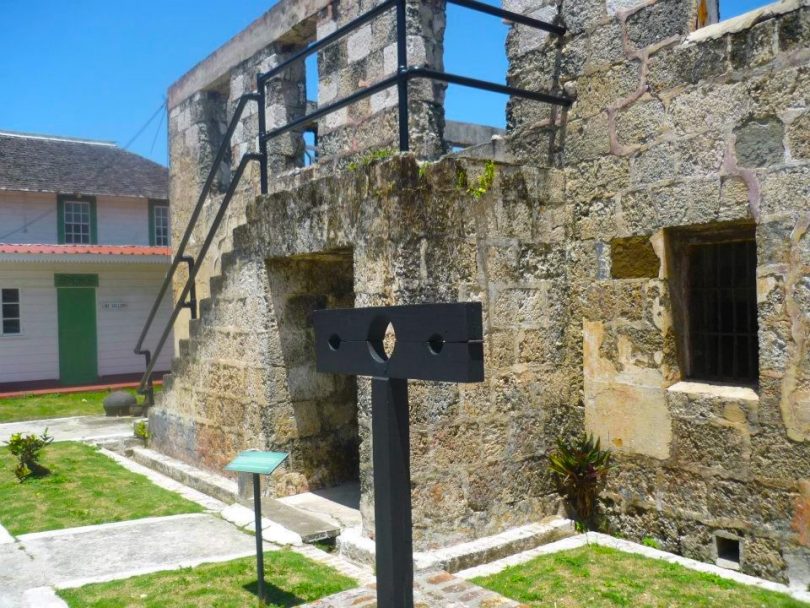 At the Hanover Museum in Lucea, visitors can see the interior of a colonial jail and other relics of slavery days. The museum is located on the former grounds of the Hanover Workhouse, made of cut-stone that was brought from England as ballast in a ship. While the date of its construction is unknown, there are references made to it in regard to the attempted slave rebellion in 1776. The workhouse comprised four rooms, a jailer’s house, and accommodations for debtors. It was also used to imprison male and female slaves convicted of various “crimes:” one woman was incarcerated for having eight children – too many in the eyes of the law. The four rooms held as many as 50 individuals with a separate sleeping area featuring concrete pillows. Prisoners at the workhouse “worked” by breaking stones, clearing brush or fixing roads, chained together on the job. The museum also exhibits articles from Yoruba-Anago laborers who were indentured after Emancipation in 1838 to work on plantations under contracts. Many were not permitted to return home and settled in Hanover and Westmoreland. The museum was opened in 1990 after several years of use as headquarters for the Lucea police force. After refurbishment, it was reopened as a place of historical interest in 2011.