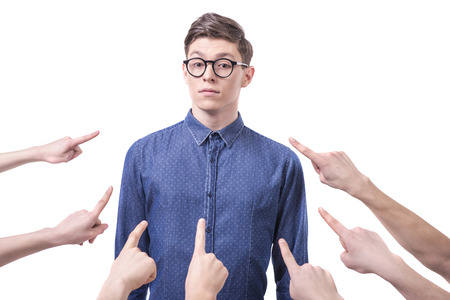 Dear good white people, there are some things going awry in your house that you really need to deal with. There are bad white people hijacking the narrative around your entire race. Because of their recent behavior, the prevailing sentiment in our minority world is that “white people” are racist and nationalist, and don’t care about us. Some of us know it’s not true but, good white people, ignoring your role in this conversation is not helping to comfort those of us who don’t know.

Let’s make a clear and powerful comparison. Good white people probably aren’t among the folks who think that the small number of radicalized Muslims actually represent the entire faith. You don’t use their actions to vilify the entire Muslim community. You know and expect that good Muslims try to bring bad Muslims into the light. But because of the fear that the small number of bad Muslims inspires, you intellectually understand the inclination to cast blanket judgement on everyone who may look and sound like them.

It’s the same with our feelings about you. You have minority friends that you truly love and care about, and they about you. But the way you started looking at your Muslim friends side eyed after 9-11, is the same way your minority friends start to look at you when a mayoral candidate prominently posts a “Make America White Again” billboard and all you do is shake your head and sit on your hands. Before you ask who are you to intervene, please remember that good Muslims are being murdered by bad Muslims and we’re still asking them to.

Burying your head in the sand while they steamroll the narrative of all us non-white immigrants have done for America is making us question your values and friendship. We believe your hearts are in the right place, but we also need you to put some words and actions behind them. Fight for respect for us from the people who look like you but behave like jerks toward minorities. Otherwise, those of us who defend you good white people to our non-white colleagues won’t have the strongest of grounds on which to fight for you either.