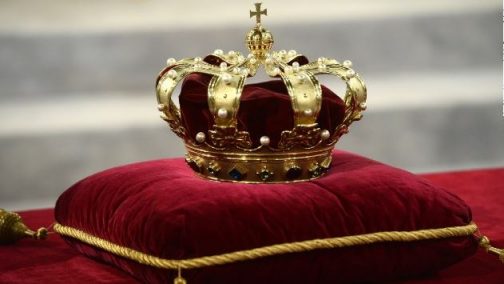 The faithfulness of God towards the children of Israel is recorded all over the Old Testament. While the relationship between God and the people were often conflicted, it was this unique relationship that differentiated the Israelites from the other nations around them. When God instructed Moses to go to Pharaoh with the message to free the then slaves, He told him, “Wherefore say unto the children of Israel, ‘I am the LORD . . . I will take you to me for a people, and I will be to you a God: and ye shall know that I am the LORD your God, which bringeth you out from under the burdens of the Egyptians'” (Exodus 6:7-8, KJV). Later when God threatened to abandon them because of their persistent rebellion and disobedience, we see Moses reminding God of this relationship, “And he [Moses] said unto Him, ‘If thy presence go not with me, carry us not up hence. For wherein shall it be known here that I and thy people have found grace in thy sight? is it not in that thou goest with us? so shall we be separated, I and thy people, from all the people that are upon the face of the earth'” (Exodus 33:15-16).

The basic terms of the relationship were that the LORD would be their God and King, and they would obey Him and those He put in place to govern them. They were also to make Him known to the nations around them. However, there came a time when the people wanted a change in rulers. According to the narrative, “Then all the elders of Israel gathered themselves together, and came to Samuel unto Ramah, and said unto him, ‘Behold, thou art old, and thy sons walk not in thy ways: now make us a king to judge us like all the nations.’ But the thing displeased Samuel, when they said, ‘Give us a king to judge us.’ And Samuel prayed unto the LORD” (1 Samuel 8:5-6). However, what they were asking was not that simple. This was not about replacing Samuel and his sons for “the LORD said unto Samuel, ‘Hearken unto the voice of the people in all that they say unto thee: for they have not rejected thee, but they have rejected me, that I should not reign over them. According to all the works which they have done since the day that I brought them up out of Egypt even unto this day, wherewith they have forsaken me, and served other gods, so do they also unto thee'” (​vv​. 7, 8). In other words, since their deliverance out of Egypt they had shown nothing but ingratitude and rebellion against God and against His servant, and what they asked for was a continuation of their downward spiral.

The LORD told Samuel the kind of king they would get and Samuel told the people (vv. 10-17) before concluding, “And ye shall cry out in that day because of your king which ye shall have chosen you; and the LORD will not hear you in that day” (v. 18). However, the narrative tells us, “Nevertheless the people refused to obey the voice of Samuel; and they said, ‘Nay; but we will have a king over us; that we also may be like all the nations; and that our king may judge us, and go out before us, and fight our battles'” (vv. 19-20). They did not care about the consequences as long as they were like everybody else.

Christians today face a similar temptation. The uniqueness of our relationship with Christ means we are not and cannot be like everybody else. The moment we decide that is what we want is to lose sight of what we are called to be – light of the world and salt of the earth (Matthew 5:13-16). Jesus told His disciples, “If you lived on the world’s terms, the world would love you as one of its own. But since I picked you to live on God’s terms and no longer on the world’s terms, the world is going to hate you” (John 15:19, MSG). Paul reminds us that “the culture around you [is] always dragging you down to its level of immaturity” and to that end, “Don’t become so well-adjusted to your culture that you fit into it without even thinking. Instead, fix your attention on God. You’ll be changed from the inside out” (Romans 12:2, MSG). Let us resolve to be who God has called us to be even though it means we look​, ​act​, and speak​ differently than everybody else. To desire otherwise is very dangerous. Just ask the people of Israel.