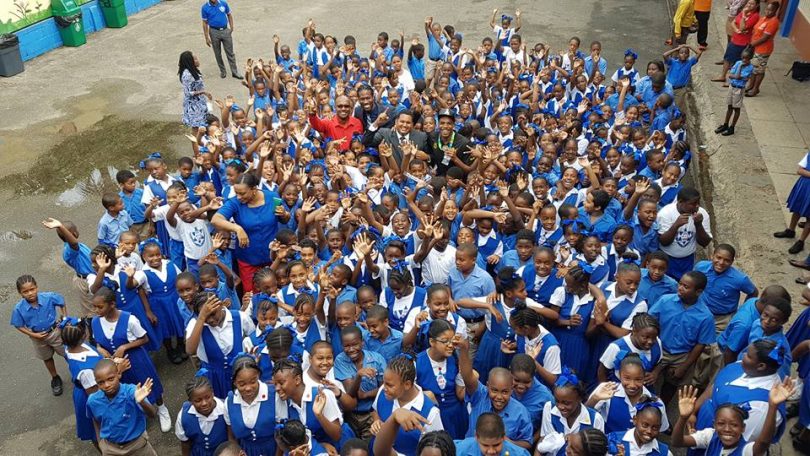 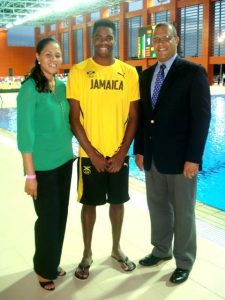 Yona Knight-Wisdom, a Jamaican Olympic diver, made a great showing at the opening of the Aquatic Center in Balmain, Couva, in Trinidad and Tobago. Knight-Wisdom, who was born in Leeds in the United Kingdom and grew up there, competed for Jamaica at the 2016 Rio Olympics, achieving a place in the semi-final with an 11th-place finish in the preliminary competition. In T&T, Knight-Wisdom provided a number of impressive diving demonstrations at the new Aquatic Center, including dives from a three-meter springboard, the five-meter platform, and the ten-meter platform. Following his performance, Knight-Wisdom, 21, said he wanted to help with the developent of a diving program designed to benefit the entire Caribbean region. He then thanked the crowd for attending the opening. Onlookers included Darryl Smith, T&T Minister of Sports and Youth Affairs; Huang Xingyuan, China’s ambassador to T&T; Jason Pendergrast, Jamaican High Commissioner; Michael Phillip, the chairman of the Sports Company of T&T; and other supporters and dignitaries. Smith invited the audience to tour the new facility, noting that it would require maintenance if it was to succeed in being a key element in the government’s plans to pursue sports tourism. Smith gave special thanks to the Chinese contractor for building and delivering the state-of-the-art center. Smith is preparing a Memorandum of Understanding (MOU) with China that will allow Chinese coaches to come into the country and work with local divers, swimmers, and water polo teams. Joseph McLeod, president of the Amateur Swimming Association of T&T (ASATT), plans to focus on creating conditions that will ensure Chinese coaches can come to work with local athletes if he is re-elected to his position as president.