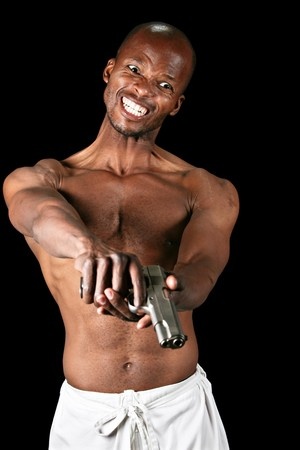 Yes, it is true that while the majority of folks from developing communities are hard working and honest, some are not. The handful that truly do represent the thug culture have put a nasty stain on the image of the black community at large and we are losing lives and faith because of them. In Jamaica we have our own version of this thug culture. There are garrisons, violent inner city communities with names like Firehouse, Jungle and Tel-Aviv. Donmanship refers to the culture of being anointed an official community leader of the highest rank within a garrison community.

There is a systematic undervaluing of life and individual worth that keeps the situation in inner city Jamaica growing worse instead of better.

The reality is, when you only know one truth then everything else is wrong. So, are people from garrison communities any more wrong for looking up to their community dons for leadership, than we are for looking to our bosses or preachers or local politicians. If we take our cues from the people we rely on for food, shelter and cultural guidance, why should we fault them for doing the same. If the don is who they’ve learned is good and righteous, the one who has their interests at heart, and if we aren’t doing anything to improve their circumstance or show them why our route through struggle and hardship is better than his route of protection and caretaking, what right do we have to judge?

Many of the underprivileged in Jamaica (and I’m sure elsewhere in the world) are concentrated in garrison communities where they are culturally insulated, meaning that the place they live and the community they exist in, are the only realities they know.

This is often through no fault of theirs, they were simply born on a particular side of the street. In such insular communities it is easy to adapt one’s view of what is wrong from what is right based on what the community Don (the leader) has instilled in his loyal followers, rather than what education would allow one to decipher from logical and ethical reasoning.

My suggestion to the complainers: Do something about it or stop complaining. Find the way to facilitate the education of the people you have issues with, because if their only moral compass is the dude on the corner wid a big gun in him pants waist, you’ll have a lot more to complain and do nothing about in just a few short years.

It is easy to blame these thugs, tell them that they should know better, that they should know what they are doing is wrong and should instead get an education and a decent job. But what opportunities are provided to them so they can, in their current neighborhoods and current situations, get that education, provide for their families and maintain the respect of their colleagues? It’s easy to say just make the decision and go with it, but a person’s surroundings and support system usually make all the difference between whether they choose a path of righteousness or evil. If the path of least resistance to financial success is the evil one rather than the good one because of the culture of someone’s community, you can bet that’s the one they’ll take.