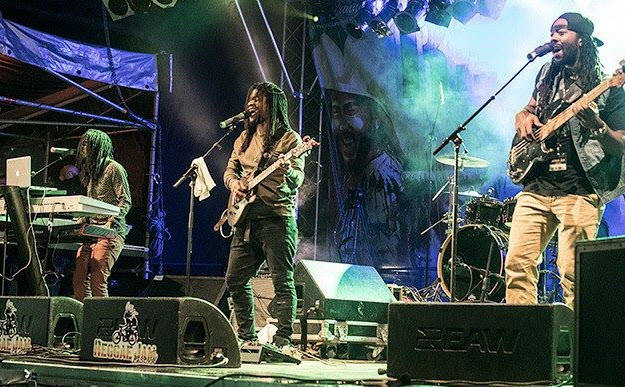 Summer 2017 has thus far been a whirlwind of positive vibes for reggae band EarthKry. The Edna Manley College alumni quartet have delivered their first album “Survival” which has received tremendous feedback from both fans and the industry alike, and recently concluded a supporting tour.

“The album itself is a fine blend of real authentic roots rock reggae from start to finish-as the saying goes ‘its all killers and no fillers’ and shows a high level of maturity in terms of production and lyrical content. Live instrumentation is in abundance and is a real throwback to the times when bands like the Wailers.” – WorldAReggae

“With Survival, they both demonstrate their willingness and ability to deliver professionally, and their uncompromising dedication to Roots Reggae Music.” – Reggaeville