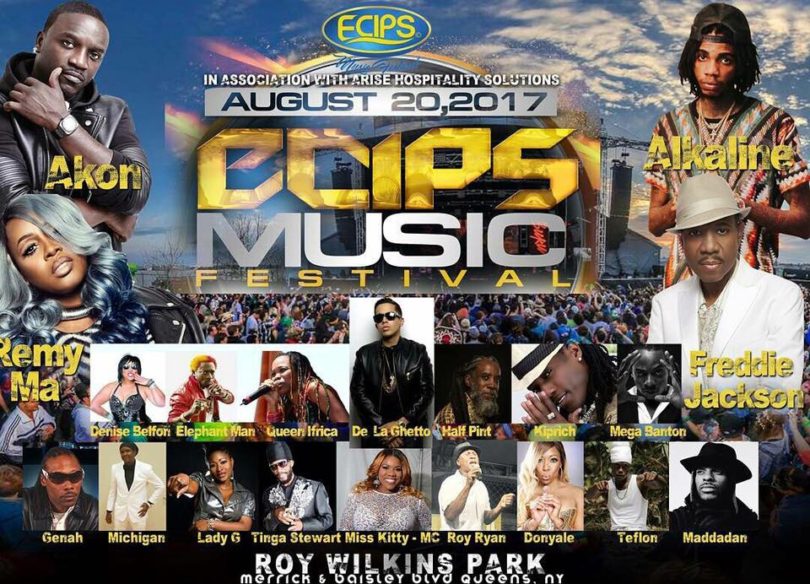 The many artists in attendance provided a rare opportunity for selected media outlets to hear first hand the plans for the upcoming Roy Wilkins Park extravaganza. Some prominent headliners like Akon, De La Ghetta, Alkaline, Freddie Jackson, Remy Ma, Queen Ifrica, Elephant Man, Tinga Stewart, Denise Belfon, Lady G and a host of home-grown artists will grace the stage – this music festival aims to set the bar at even greater heights when it comes to outdoor festivals.

By engaging entertainers from different ethnicities and genres the organizers have already accomplished one of their goals – which is to extend a welcoming hand to other races and demographs. By skilfully melding hip hop, reggaeton, reggae and rhytmn and blues performers – the festival aims to provide entertainment for the widest possible customer base, not just the young or old, but from all social backgrounds and musical tastes.

The brainchild of Suzan “Suedajoy” Peart, with the backing of partner Everod Vernon, Logistics Manager Michael Bailey, together with other collaborators, August 20 heralds a new era in large-scale outdoor entertainment.

It was a refreshing experience to hear all of the artists in attendance, with one voice saying that they were looking forward to the upcoming event and were all intent on bringing their best performances. In a cautionary word to the younger artists, Papa Michigan, Kiprich, Maddadan and Mega Banton, stressed the importance of maintaining one’s longevity in the music industry by ‘loving self, loving others and putting out the best’, exercising, eating healthy and drinking water!
With her decades of experience as a promotor, tour manager, caterer and community activist – Ms. Peart already has the ear of some heavy hitters in the political arena and is using that network to ensure that more concessions are in play in terms of the park’s close off time – let’s wish her success in her efforts so that all the artists slated to perform on August 20, get more than their fare share of stage time.

Akon’s booking agent Elyse Murray was also on hand to acknowledge that Akon will be receiving former President Barack Obama’s Presidential Humanitarian Award for his efforts and impact on providing electricity to millions of citizens in 15 countries in Africa.
Hosted by the ‘fluffy diva’ Miss Kitty, gates will open at 9 am with an unprecedented 11 am start for a jampacked fun-filled day of music, food and entertainment – patrons can purchase tickets at https://www.eventbrite.com/e/ecips-music-festival-2017-tickets-33270320424