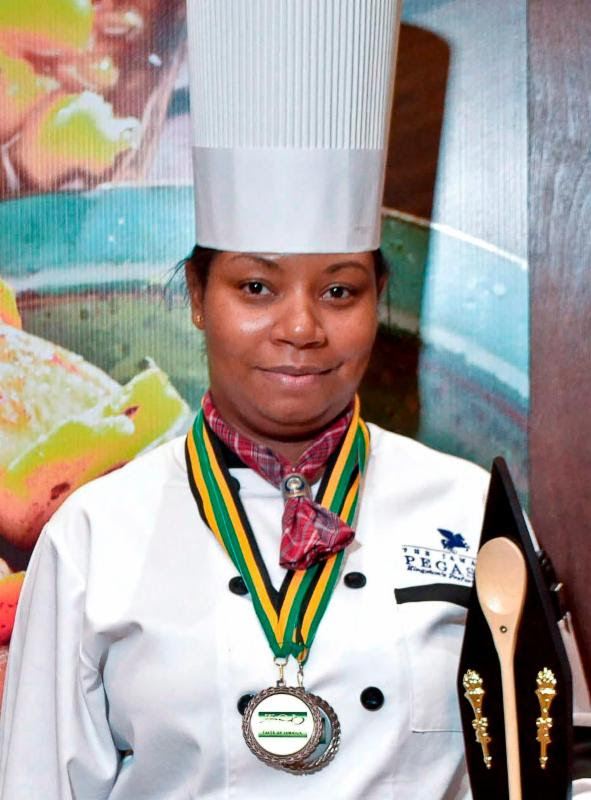 From the lovers of rustic flavors to those with a more sophisticated palate, there’s something culinarily spectacular for everyone at the 14th annual Grace Jamaican Jerk Festival on Sunday, November 8, at Markham Park, Sunrise.

At the very core of this celebration of fun, family and fellowship is the world-renowned Jerk with all its spice and flavors and the topnotch display of culinary artistry-whether in the fiercely fought cooking competitions, the informative cooking demonstrations, or the infinite variety of foods for patrons to enjoy. This year’s theme is “Get A Taste of Fun” and where’s a better place to get that than over by the Publix Culinary Pavilion?

Cook-off organizer, June Minto is psyched about this year’s showcase of culinary skills and invites everyone to pop by for a feast for the eyes, nose and the tastebuds! “The 2015 Publix Culinary Pavilion promises to be the hot spot for all foodies far and wide. There’ll be cooking contests, demonstrations and so much more,” she says. This is where 2014 winner Chef Ron Duprat, executive chef at Montauk YachtClub and regular guest chef on The View and Bravo’s Top Chef Season 6 competitor will compete against last year’s winner, Simeon Hall, Jr., executive chef and Pop-up Restaurant King from the Bahamas, in the Celebrity Chef Throwdown. Will Simeon retain the top spot, or will there be an upset?

In the Celebrity Quick Fire Challenge dubbed The Battle of the Beauties, Miss Universe Jamaica 2014, Kaci Fennell, and Miss Jamaica World 2008, Brittany Lyons, will trade their sashes for aprons and their crowns for kitchen utensils as they test their cooking chops in this fierce competition. “Don’t let their good looks fool you, these beauties know their way around the kitchen and promise to raise the stakes with their spicy jerk dishes,” says Minto.

The bar is definitely raised for the 2015 Publix Cook-off because for the first time in Jerk Festival history, all the competitors vying for the coveted golden Dutch Pot Trophy and top cash prize are professionally trained chefs!

“We are turning up the heat this year and all of our competitors are ready and raring to go. We expect big things from this crew and can’t wait to see what they bring to the table,” Minto says. Just outside the tent, 2014’s second place winner, Chef David Tample, will try to take the top spot as he staves off his competitors, chefs Chris Kissner, Karin Vicker, Freddi Famble and James Lubin in this fiery cook-off. Judges including Local 10 Weekend Anchor, Todd Tongen; Chef Ron Duprat; Chef Chad Cherry from Being Organic, and “The Spice King” celebrity Chef Keith Lorren, have their work cut out for them as they rate the chefs on key areas including presentation and taste as well as knife skills and cooking techniques. With so much on the fire, it will be a nail-biting event as the audience waits to see whose dish will be perfectly cooked … and who will get “burned.”

Don’t forget the awesome cooking demonstrations with executive chefs showcasing their skills as they create mouthwatering jerk dishes. The audience can watch and take notes as Jamaica’s Chef of the Year 2015, Patrice Malcolm from the Jamaica Pegasus Hotel does her cooking demo. And who wouldn’t want to sample her culinary delights? After all, she’s only cooked for President Barack Obama on his famous Jamaica trip! Kenneth Schuh, Publix Apron School Chef will join the fun as he demonstrates his expertise. “Chef Irie, our very own ‘Food on Fiyah” Global Culinary Architect will do his own brand of culinary entertainment when he does his demonstration,” adds an excited Minto.

And, if you want to ensure that you enjoy the culinary stylings of a celebrity chef, just make sure to get your VIP ticket! Chef Patrick Adams, an executive chef to GOP frontrunner Donald Trump, will be turning up the heat in the VIP kitchen.

Minto encourages festival goers to arrive early and partake in the food festivities. “Don’t miss it! The entertainment and cooking frenzy jumps off at !2:30 p.m. Hope to see you there!” she says.