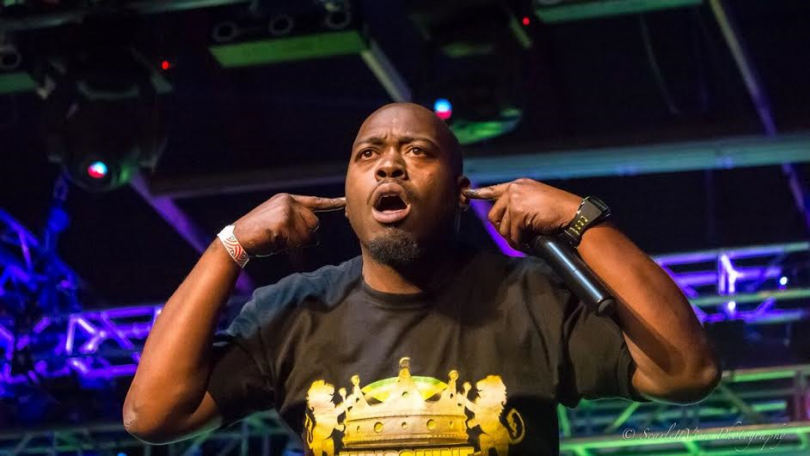 It’s officially sound clash season and the calendar is bursting at the seams with fiery sound wars! But as New York, the epicenter of sound clash comes alive, Irish and Chin’s “US Rumble” on Saturday, April 22 inside Amazura in Queens, NY is atop the list of sound revelers picks. Deemed as a must-see clash, “US Rumble” oozes sound rivalry, promising clash fans an upsurge of heated battles. Sound clash, the highly entertaining and competitive subset of Jamaican music and culture, will not disappoint U.S. Rumble fans.

As fans pour in to Amazura for U.S. Rumble, a real authentic sound clash awaits them from some of the country’s most promising sounds including King Shine (New Jersey), One-A-Day (New Jersey), Kosmik (New York), Platinum Kids (New York), Black Magic (Georgia), Riddim Force (Florida) and returning champion Innocent (Florida). The competing sounds are firing up for what could easily be one of their toughest and most critical clashes to date. U.S. Rumble is bound to yield limitless excitement and Reggae and Dancehall music infused sparring as the sounds take center stage.

Amidst the unleashing of well-constructed speeches, crafty dub plates and tightly executed stage presence, a skilled set of sound men will battle for their slot on the World Clash stage and the awesome slice of exposure, recognition and clout that comes in tow. One of the competition’s most anticipated face offs is ultimately King Shine and Kosmik, who still have unsettled clash business to handle and tension from their last showdown. For many, their first encounter had a questionable outcome, prompting clash fans to crave a re-match. Will U.S. Rumble boil down to a “tune-fi-tune” between these two sounds? Just as many clash fans are ready to capture the kinetic and competitive spirit of the inaugural U.S. Rumble, which saw Innocent in a heated dub-fi-dub against King Shine.

Since the line-up dropped, another rivalry that’s been buzzing excessively is that of defending champion Innocent and Riddim Force. Both Florida sounds, the budding rivalry has been years in the making. The word amongst clash fans is that the sounds have been wanting to afflict musical mayhem upon each other for ages. Yet, for some reason, the war has never happened. Until now, when the Sunshine state sound systems meet up on the U.S. Rumble stage for the very first time. This could get interesting and quite entertaining to say the least!

While Irish and Chin stand behind adding the wild card juggling element of Platinum Kids to the already fiery U.S. Rumble line up, not all the hardcore clashing sound contenders agree. In fact, many of the sounds billed for U.S. Rumble don’t believe the hardcore clash scene is a place for juggling sounds. It may be a good idea for the hardcore clashers to not sleep on Platinum Kids, especially since well known juggling team Sky Juice and Oliver of Metromedia came into World Clash a few years back and kicked out all sound boys.

Frankly, at U.S. Rumble, strong verbal sentiments must be converted into an all-out war. Rounding off the anticipated face offs are the admission of talented sounds Black Magic, who won Atlanta’s U.S. Rumble qualifying clash, and One-A-Day, who is making quite the name for themselves on the up and coming clash scene.

As purveyors of sound culture and Caribbean entertainment specialists Irish and Chin celebrate their 20th Anniversary throughout the year, they couldn’t be more thrilled to see their “Rumble Series” brand take flight with the long awaited “US Rumble” up next on the series calendar. Find out everything you want to know about the “Rumble Series” by tuning into “Rumble Thursdays” on Sound Chat Radio each Thursday, 6-8 PM EST