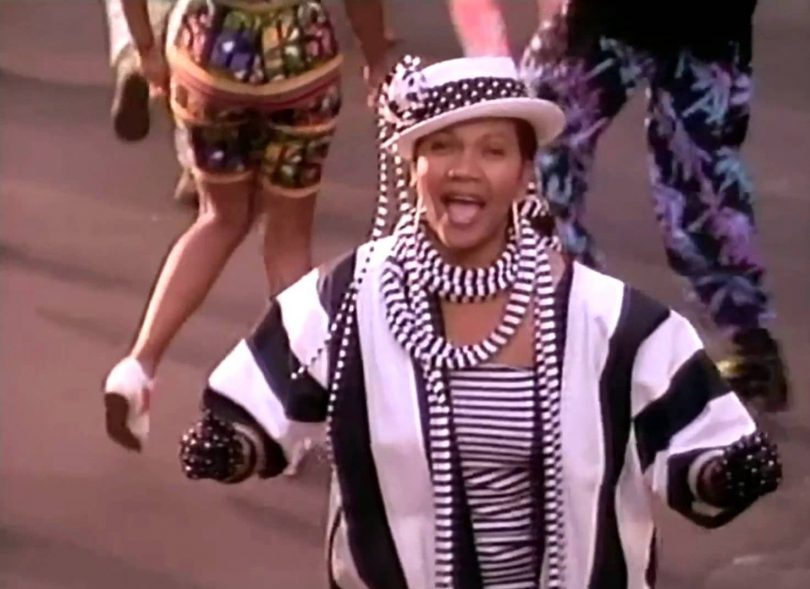 According to an article in Essence Magazine, guests at black weddings love a line dance, and there is no more welcome track to be dropped by a DJ than the “Electric Slide” by Marcia Griffiths. Ever since the movie “The Best Man” was released almost two decades ago, the concept of the electric slide was changed forever.

The film tells the story of a group of college friends who reunite when two of the group decide to marry. When the characters Mia and Lance, played by Monica Calhoun and Morris Chestnut, nearly don’t marry because of circumstances surrounding the best man, played by Taye Diggs, history was made.

The final scene of the film features the entire wedding party on the dance floor doing the electric slide as the credits roll. The dancers weren’t content to just two-step to Marcia Griffiths and Bunny Wailer’s “Electric Boogie,” however. The dance was “brought to life,” says Essence, by Cameo’s “Candy.” And while the original song will always be dear to the hearts of wedding attendees, “Candy” is most likely the unofficial black wedding jam for the next generation of guests because ever since the film, people have been electric sliding to “Candy” everywhere.

But respect must be given to the fact that the Electric Slide began with the song “Electric Boogie.” Which was written and recorded by Bunny Wailer in 1976 and gained popularity when Marcia Griffiths, a member of Bob Marley’s backup group the I-Threes, did a cover of it in 1982. Her version sent the song to the top of the Jamaican charts, and it is still the biggest-selling record by a female reggae singer in history.

The Electric Boogie became one of the most popular dance crazes of the Disco Era, and now the dance is not only a mainstay of black weddings but of many other clack celebrations, even funerals, according to Essence.