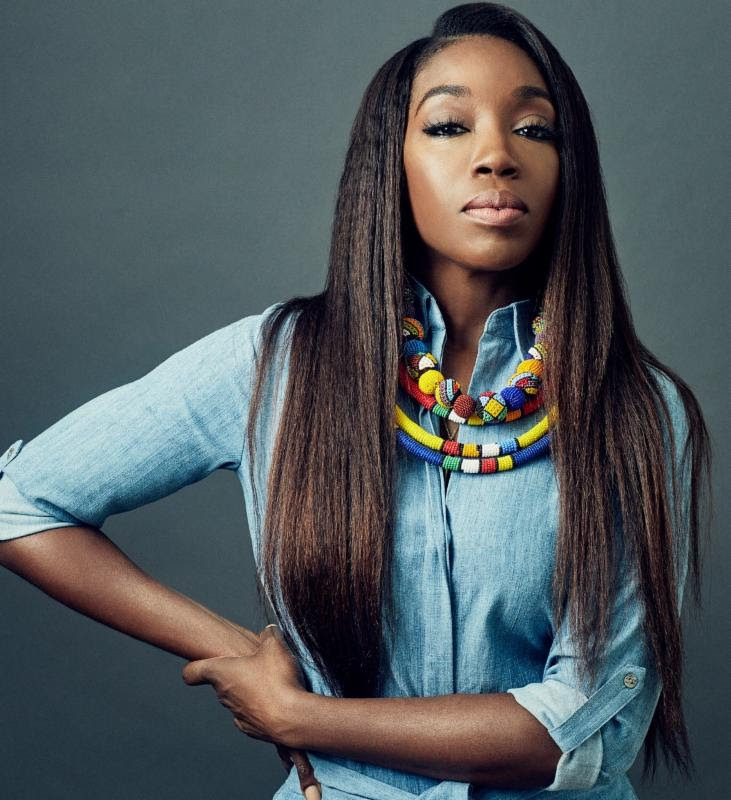 Grammy® winning artist Estelle will be performing this Saturday, September 30th at the annual Circle of Sisters (COS) event, the largest expo for women of color. Held at the Jacob Javits Convention Center in New York City from 10am to 10pm, the massive event is produced and hosted by WBLS-FM, HOT 97, WLIB – AM and Emmis Communications. COS hosts a variety of panel discussions, seminars, food tastings, concerts and a fashion show in addition to over 200 vendors and small businesses selling unique items and services.

Estelle’s stellar career began with her chart-topping hit ‘American Boy’ featuring Kanye West, which sold 2 million units and earned her a Grammy® win and multiple nominations in 2009. In 2012, she expanded her worldwide recognition with the number one radio record anthem ‘Thank You’. She then proved her talent beyond music with a recurring cameo role on Fox Network’s hit series Empire which spawned the Gold single ‘Conqueror’, the epic duet with leading star Jussie Smollett. She is currently working on her new album with VP Records, set for release early 2018. Beyond the music front, Estelle plays the voice of the fan favorite character, Garnett on Cartoon Network’s wildly popular series Steven Universe.

Recently climbing charts, ‘Love Like Ours featuring Tarrus Riley is an exclusive track off VP Records “Reggae Gold 2017” compilation album which was released in July. The smooth, mid-tempo song is a celebration of love, with lyrics that embody the pride and joy of being in a relationship. Shot by director Denzel Williams, the video will be debuting this Friday.

Inspired by the song, WBLS and Estelle will be launching a ‘Love Like Ours’ fly-away contest. In 300 words or less, couples everywhere can submit a story about what makes their relationship unique. The winning entry will be read aloud over WBLS-FM and that lucky couple will win air fare, hotel and ground transfers for a weekend at the Hyatt Ziva Rose Hall in Montego Bay courtesy of VP Records, Hyatt Hotels and JB Cruise & Tours. Contest details are available at http://www.wbls.com/contests.