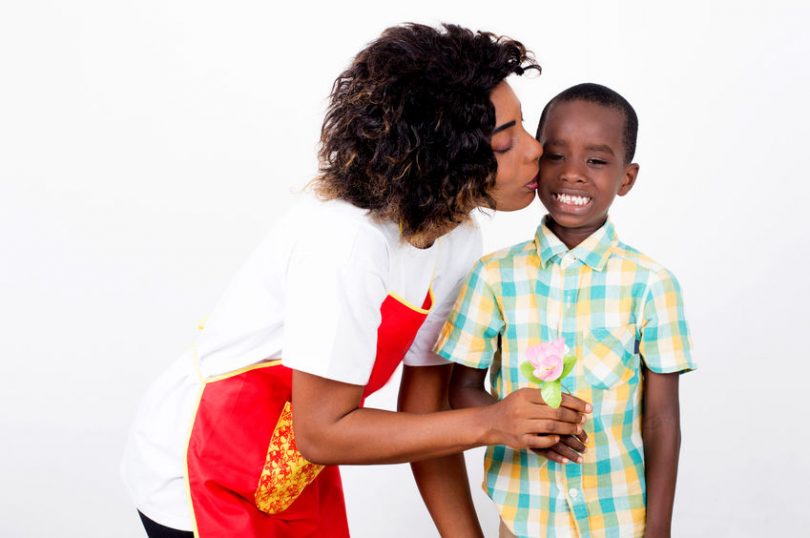 Yuh tink seh mi bawn behine cow (You think I was born behind a cow)
My mother used this phrase frequently. My most vivid memory of my mother using this Jamaican phrase was me lying to her when I was caught red-handed.  I loved sweetened condensed milk. I would dip my fingers in the condensed milk glass container in the refrigerator. One day she caught me coming out of the refrigerator. I had already sucked my fingers clean of the condense milk. I thought I could easily lie about getting something to drink when she asked it I was eating condensed milk. Well there was enough evidence on my face to convict even OJ Simpson. Always hide the evidence, and then deny the accusations.

Fallow fallow get lef (Follow, follow get left)
While in high school there was group of friends that I “hung” out with on the weekends. We would “walk bout”, go to parties, and fetes. I gave no thought to school work during this time. I also thought my friends gave no thought to school work also. I was wrong. When the school reports came out that year I had a really bad one. Their reports were excellent. They would study after partying on the weekend.  Be a leader and not a follower.

Those who cyan ear feel (Those who can’t hear feel)
This Jamaican phrase always seems very relevant in daily life. It became clear to me at a birthday party as a little boy. My mother warned me to stop running around outside because someone was going to get hurt.   I still have the scar to show wear I ran into a bicycle at the birthday party. Listen to the advice of the people who are closet to you.

Chicken merry! Hawk deh near
My brother and I were at the Kentucky Fried Chicken eating a meal. We were enjoying our meal not paying attention to our surroundings. There were some boys walking by but the meal was too “sweet” to take notice of them. One of the boys grabbed the chicken leg from my hand and kept going while eating it.  Be humble always.  Never be too proud where you let your guard down.

Children should be seen but not heard
My brother had a habit speaking his mind. My mother always would say “Children should be seen but not heard”. Once we went to dinner at family friend’s home. My brother did not like eating outside of our home. After dinner he let it be known that the food was awful.  I nodded in agreement and laughed.  This was in front of our hosts at their home. I believe I can still feel the pain from that “spanking”. If you have to be brutally honest then do it diplomatically.

Happy Mother’s day Mummy and thanks for the great Jamaican proverbs….. 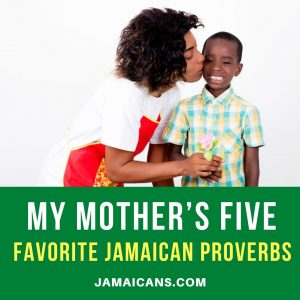