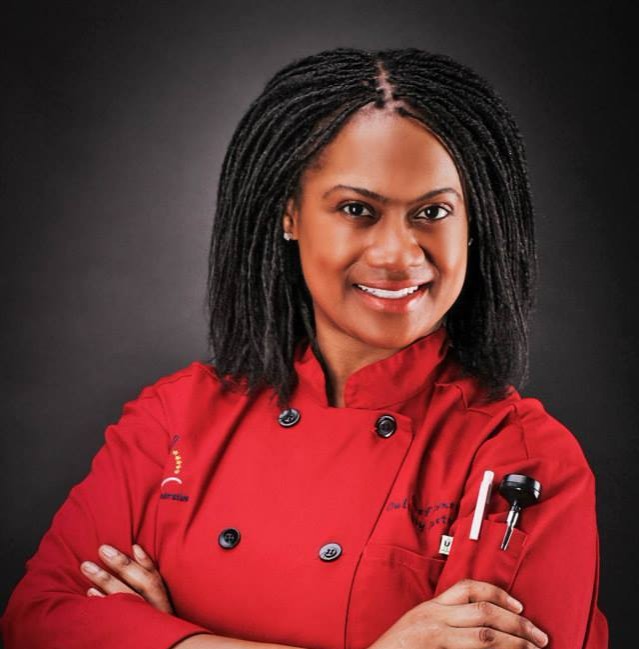 Chef Michelle Jones followed her passion for cooking to Florida’s Vocational Rehabilitation (VR) program, which helped her earn a bachelor’s degree in culinary arts and management at the Art Institute of Fort Lauderdale. VR helps individuals with disabilities prepare for employment. Michelle, who has a cognitive disorder and learning disabilities, is a single mother and the sole provider for her family. VR helped her find a career that allowed her to become independent and follow her dream at the same time. After graduating from the Institute, she became an instructor at the Atlantic Technical Center in Coconut Creek, where she teaches Food Theory and is a certified ServeSafe instructor. Jones also owns a private catering operation and has catered a number of chamber and charity events. Among Jones’s students are several VR customers with whom she shares her enthusiasm and experience. She shares her own story to giver the students who need VR services “a sense of hope.” According to Michael Coard, her VR counselor, Jones was always enthusiastic about learning and teaching. He always knew she would succeed, he said. Currently, Jones is working on a master’s degree in food science and plans to launch her own food line. Jones loves supporting her community and encouraging health eating habits, particularly among young people. As an inspiration to those around her, Jones advises them to never give up and to work hard toward achieving their life goals.