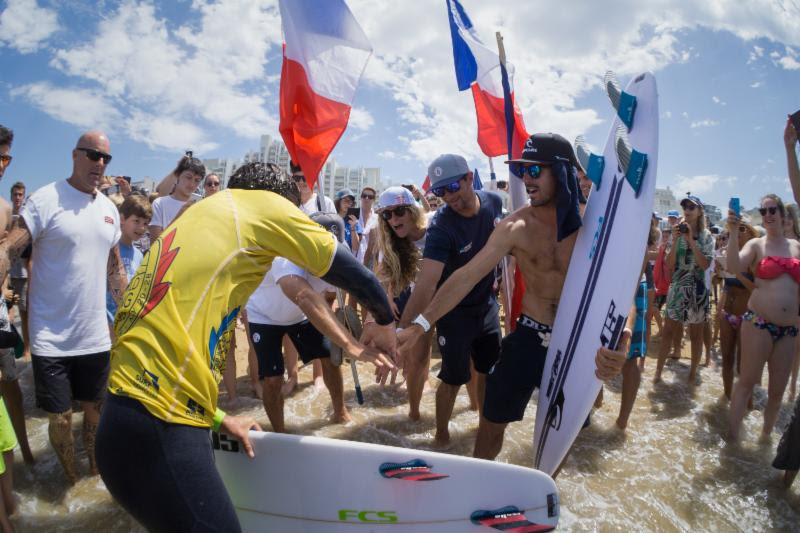 Heading into the final day of the 2017 ISA World Surfing Games, the ISA is pleased to officially announce that the host country Team France has made history and won their first-ever Team World Championship in the competition.

Team France got off to a spectacular start with Pauline Ado and Johanne Defay finishing with Gold and Silver in the Women’s Division earlier this week, and now Jeremy Flores and Joan Duru have advanced to the Men’s Semifinals on Sunday. With these results, no other team is in a position to reach France’s point totals.

With the team competition decided, the individual medals will still be highly contested on Sunday afternoon at Grande Plage, Biarritz. Eight surfers’ dreams of winning the Gold Medal are still alive. The Semifinal match ups are the following: