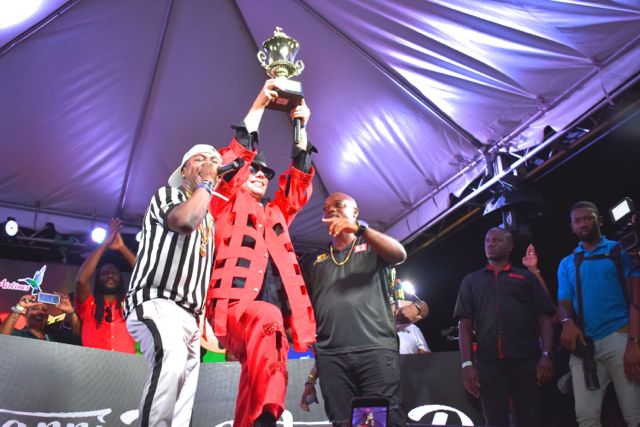 The much anticipated Global Sound Clash at Reggae Sumfest 2019 certainly lived up to the hype as Germany’s Warrior Sound International emerged victorious after the dust had settled in the wee hours of early Friday morning on July 19th at Montego Bay’s Pier I Entertainment Complex.  In the beginning, there were five battle ready soundsystems—King Turbo (Canada), Yard Beat (Japan), Ricky Trooper (Jamaica), Pink Panther (Jamaica), Warrior Sound (Germany) on the lawn vying for musical supremacy by way of selecting the best tunes for the massive audience that had gathered to witness the musical skirmish.  And in terms of witnesses, no doubt the biggest of them all when it comes to Jamaica’s soundsystem foundation and culture, none other than the man himself Stone Love Immortal’s Winston ‘Wee Pow’ Powell, was also on hand for the Global Sound Clash as well as West Indies cricket legend, Chris Gayle. 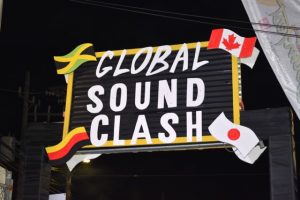 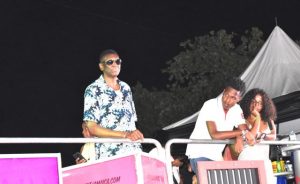 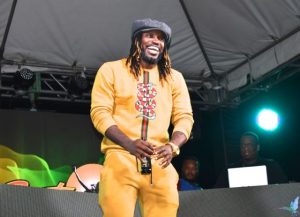 There was a warming up of sorts as each sound juggled a variety of reggae and dancehall selections before things ramped up and got serious for the elimination segment of the proceedings—whereby sounds could then be ushered away via a crowd vote in the form of ‘hands-up’ for a sound that should stay and ‘no reaction’ for a sound that should pack up and go home.Once the elimination round got underway in earnest, Ricky Trooper—who wore the Jamaican flag as if it were a superman cape—was the first sound to hit the road in the second round after a sluggish start that left the crowd unmoved for the most part.  Quite frankly, Trooper simply never seemed to regain any momentum on the heels of his slow roll out of big tunes.  Canada’s King Turbo came out with a strong burst of energy and hype with a good selection of tunes, but slowly withered as the later rounds took their toll—thereby resulting in their dismissal after MC Nuffy determined that the crowd had had enough based on their tepid reaction to the question of whether King Turbo should ‘stay or go.’ 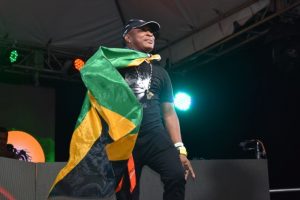 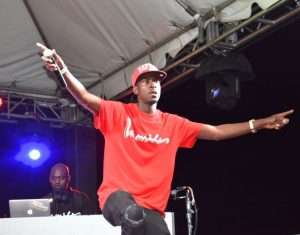 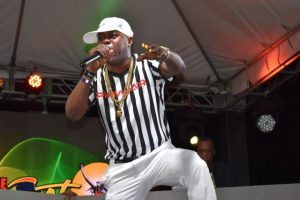 Japan’s Yard Beat Sound (and nine-time clash Champ) displayed dominance for many of the early rounds and got the crowd in an uproar numerous times with their comedic tune introductions and on stage antics, complemented by their strong Japanese-Jamaican (patois) accent.  That said, it seemed to be a very close call based on the crowd sentiment as to whether Pink Panther or Yard Beat should stay for the final round.  As it happened, Pink Panther made a strong showing in the fourth round, and drew loud applause and horn blowing from the audience after he selected dub-plates from Beenie Man, Sugar Minott, Admiral Tibet, and Cocoa Tea—just to name a few. 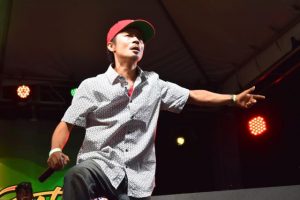 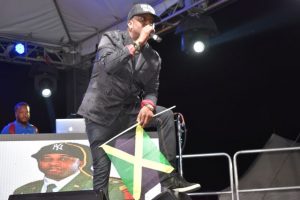 And so then, only two sounds were left standing to battle it out for the trophy in the final round at Sumfest’s 2019 Global Clash.  In the ultimate dub-for-dub showdown, Warrior Sound’s consistency and determination outlasted Pink Panther by way of featuring Shabba Ranks, Ninjaman, and Bounty Killer selections.  Warrior Sound was then crowned 2019 Global Clash Champion and deservedly so.  Although many in the reggae and dancehall spheres may have viewed Warrior Sound’s victory as an upset, the truth is that Mattia, the sound’s selector, has been toiling for many years only to come up a bit short at this same event in years prior. But this time, he was definitely the most prepared not only in terms of his deep vault of tune selections and witty song intros, but also in his vast knowledge of the history of Jamaican music going seemingly way back to the beginning.  In fact, many times while talking to the crowd during the competition Mattia was able to point out the flaws in the selections of the other sounds. At the same time,  he was keen to make the audience aware of the fine-points and nuances of his approach that distinguished his style and set his tune selections apart from the rest of the field of competitors. And for that the crowd at Pier I was appreciative, so nuff respect to Mattia and Germany’s Warrior Sound International on his 2019 victory at Reggae Sumfest’s Global Sound Clash event! 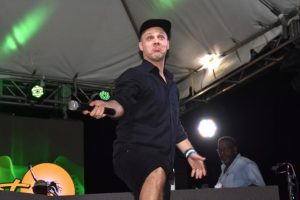 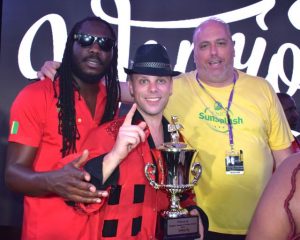 Photography by Nick Ford, who lives and works in South Florida