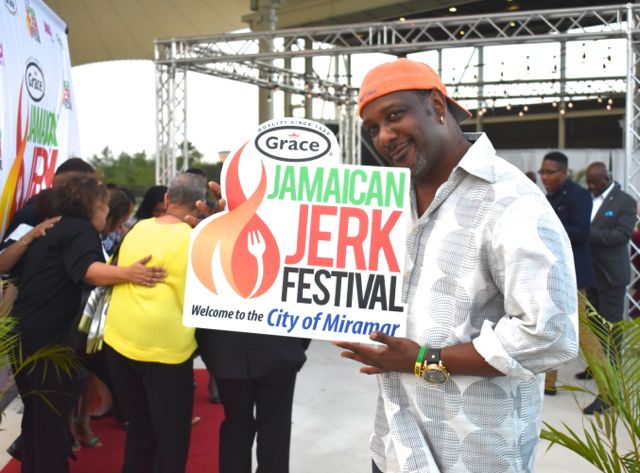 The 18th staging of Grace Kennedy’s Annual Jamaican Jerk Festival will be transferred in 2019 to the Amphitheater in Miramar, Florida on November 10, which moves it from Markham Park in Sunrise where the Festival had called home for the past 14 years.  The relocation announcement was made at the recent media reception and launch event on June 26th at the Amphitheater.  The media reception was well attended and quite a number of organizers, elected officials, and corporate executives were present to unveil the planned layout for the Festival.  And to usher in the new era in terms of  Miramar now being the location for this delicious event, Miramar’s Mayor, Wayne Messam, CEO and President of GraceKennedy Foods, USA, Derrick Reckford, Consul General Oliver Mair, and Commissioner Maxwell Chambers were all on hand to not only pledge their wholehearted support of the Festival’s new look for 2019, but also to express their enthusiasm for such a marquis event deciding to come to the City of Miramar. 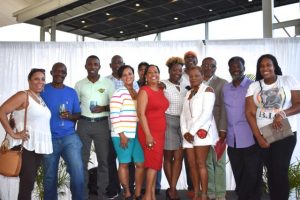 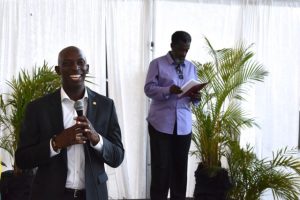 From its inception in 2001, the Grace Jamaican Jerk Festival has certainly become a household name in the Caribbean Community in Florida and much more beyond seeing that it is a festival which offers an authentic slice of Jamaican culture and heritage through food, music and a number of traditions distinctive to the island.  And of course, the overall atmosphere of the event is enhanced even more by way of perhaps Jamaica’s most famous export–reggae music.  For example, last year’s Jerk Festival at Markham Park featured live performances from the likes of Freddie McGregor, Mighty Diamonds, Naomi Cowan, Code Red Band, L.U.S.T., Ding Dong Ravers, and the legendary, Marcia Griffiths.  There was also a Carnival jump-up vibe that permeated the venue, thanks to the one and only soca queen, Alison Hinds from the beautiful island of Barbados.  Just the same, Grace’s 2019 Jerk Food Festival will feature big stage entertainment (even though the performing artists have yet to be announced), as well as the familiar Publix Culinary Pavilion, the Grace Village, and Kidz Zone. 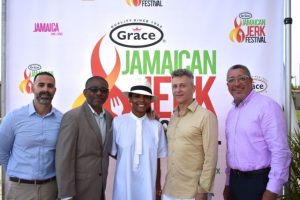 Going further, there will be several ceremonies and tributes to honor the late Todd Tongen, three-time champion of the ‘Quick-Fire’ Celebrity Chef contest.  In that spirit, the trophy will forever be named the Todd Tongen Celebrity Quick-Fire Trophy.  And so then, let the countdown now begin for the Grace Jamaican Jerk Festival’s 18th Edition, which will be presented by Jamaican Jerk Festival USA, Inc. in association with Partners for Youth Foundation. Sponsors are Grace Foods, Publix Supermarkets, Guinness, The Jamaica Tourist Board, Greater Ft. Lauderdale Visitors & Conventions Bureau, Countyline Chiropractic Centers, the National Weekly, WAVS 1170, WZOP and HOT105. 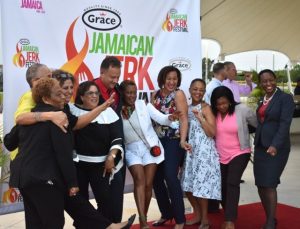 Photography by Nick Ford, who live and works in South Florida.