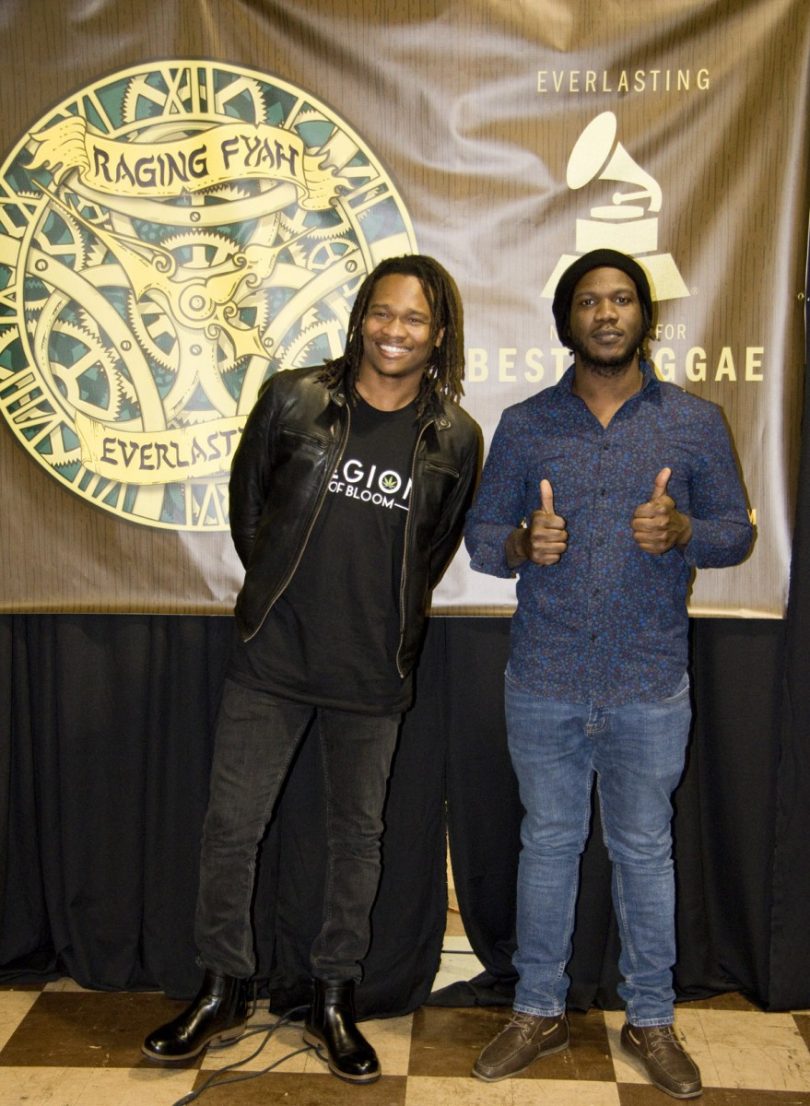 Congratulations are in order for all Jamaicans nominated for the 2017 Grammy Awards for Reggae – Best Album.  Dub Rockers an offshoot of iconic VP Records, miles ahead in reggae music, continues its true tradition by providing the media an opportunity at their head office in Queens, NYC, to personally congratulate Kumar Bent, lead vocalist, and  Kemar “Keysie” Gayle of Raging Fyah, 2017 Grammy nominees for their album, Everlasting.

Kumar and Kemar graciously and humbly acknowledged their hard work on behalf of the rest of the Raging Fyah band members who were not able to be there for the media briefing.  They spoke of their passion, commitment and sacrifices over the years as students of the Edna Manley College in Kingston, Jamaica, where they met and attended classes and taught by none other than, Ibo Cooper, original band member and former keyboardist, for many years, of Third World, one of Jamaica’s premier and most enduring bands to date.  They spoke of their honor to be at a table with the likes of a Ziggy Marley and Sly & Robbie, Jamaica’s world-acclaimed “drum and base” reggae duo.

Popularly known as the Grammy’s, awards are handed out each year in various musical genres by the National Academy of Recording Arts & Sciences of the U.S.A to “honor artistic achievement, technical proficiency and overall excellence in the recording industry, without regard to album sales or chart position”.  Originally called the Grammy Award for Best Reggae Recording, the honor was presented to artists for eligible songs or albums. The Jamaican group Black Uhuru received the first award in 1985. Beginning with the 1992 ceremony, the name of the award was changed to Best Reggae Album. Starting in 2002, awards were often presented to the engineers, mixers, and/or producers in addition to the performing artists. According to the category description guide for the 52nd Grammy Awards, eligible works are vocal or instrumental reggae albums “containing at least 51% playing time of newly recorded music”, including roots reggae, dancehall and ska music.

Richard Lue of VP Records, reminded the small but enthusiastic crowd that from a small club, Milk River, where they performed in 2015 in  Brooklyn and dubbed it, “Milk River to Grammy’s” that Raging Fyah has blazed across the international reggae spectrum with the sweet melodies of roots rock reggae with their harmonies, nuanced musicianship and impressive songwriting skills.  What an awesome endorsement for these young flag bearers of true reggae music. 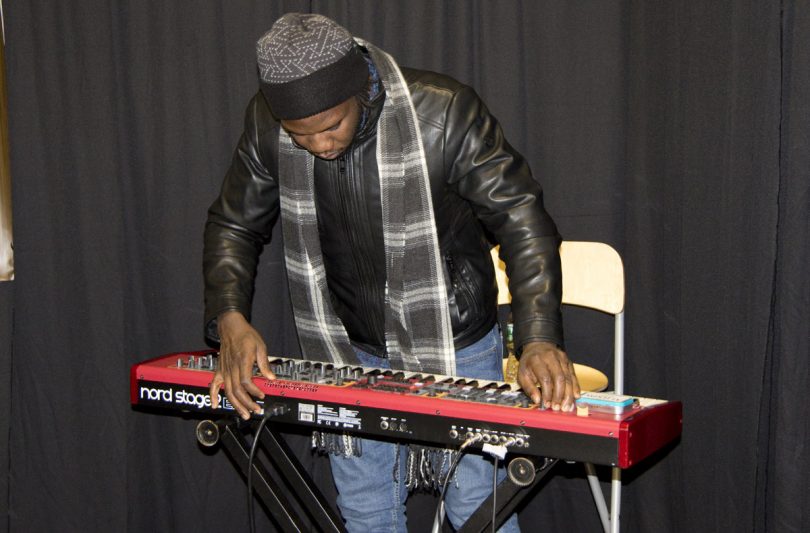 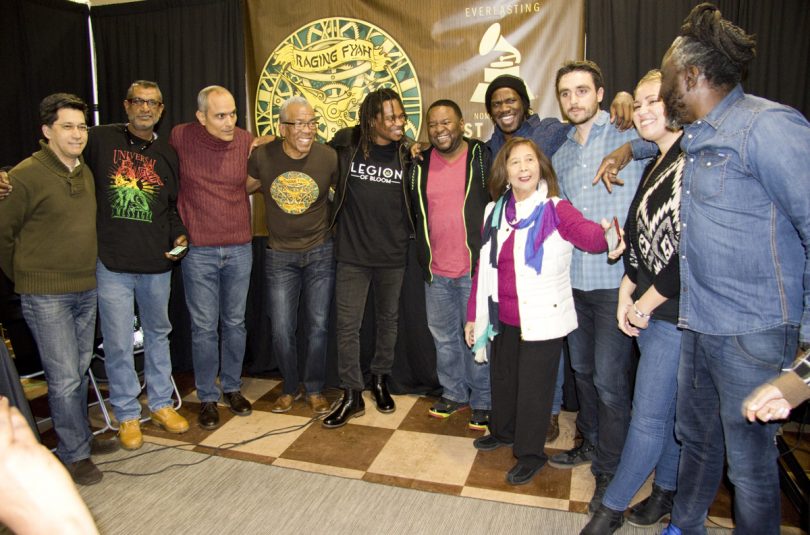 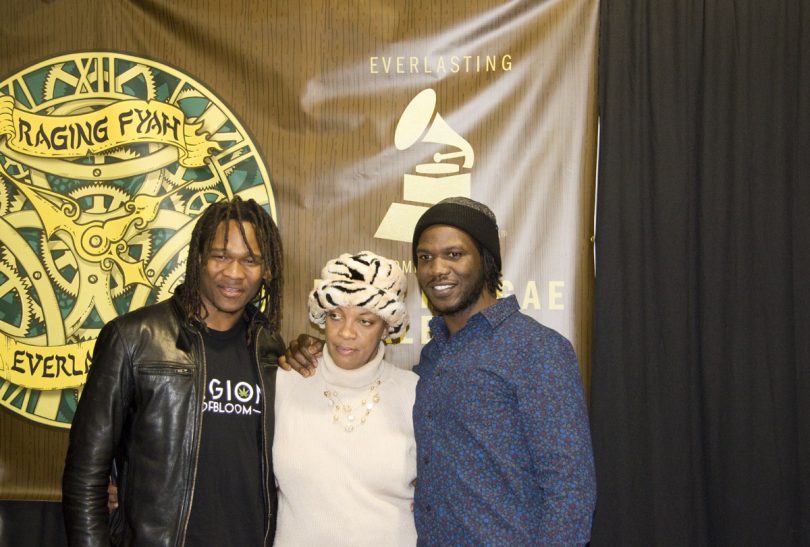 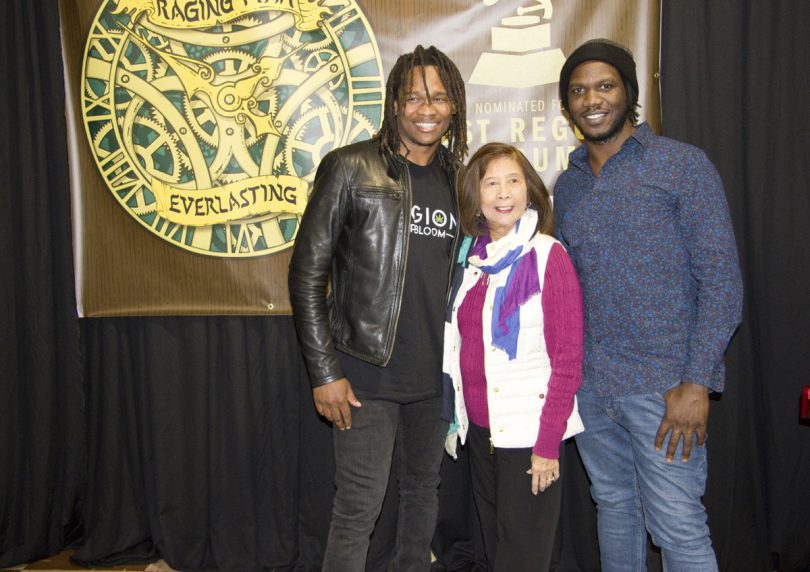 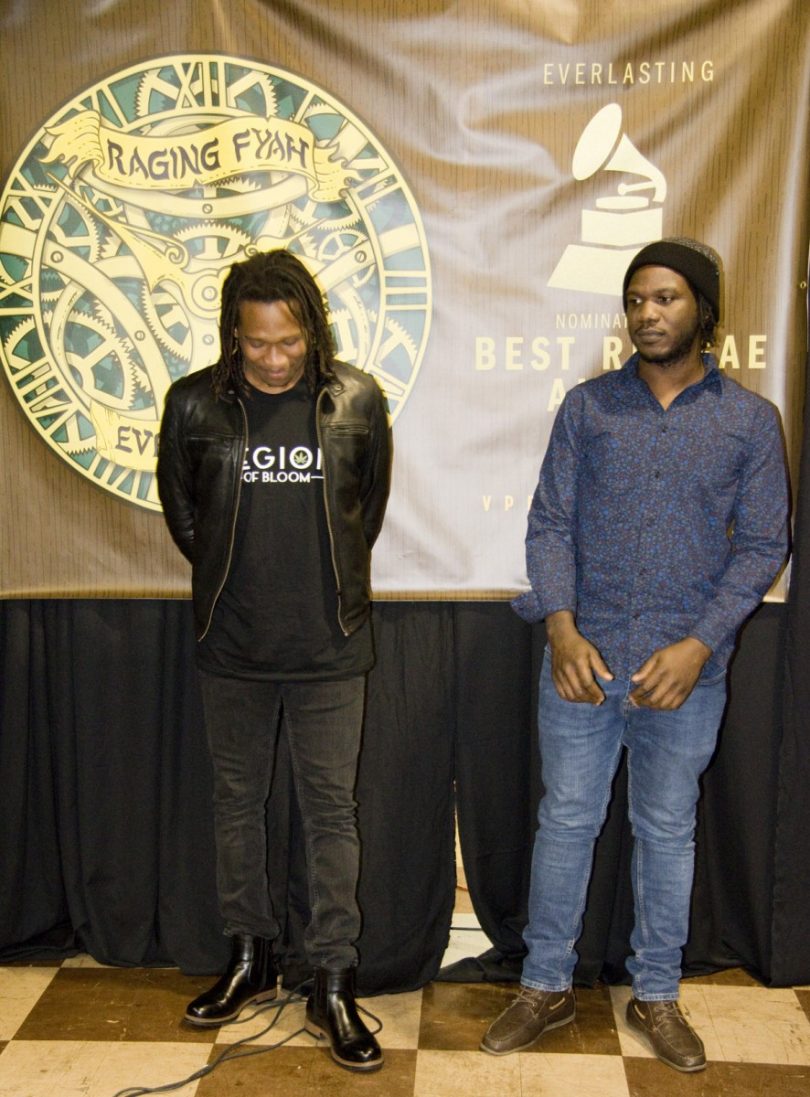 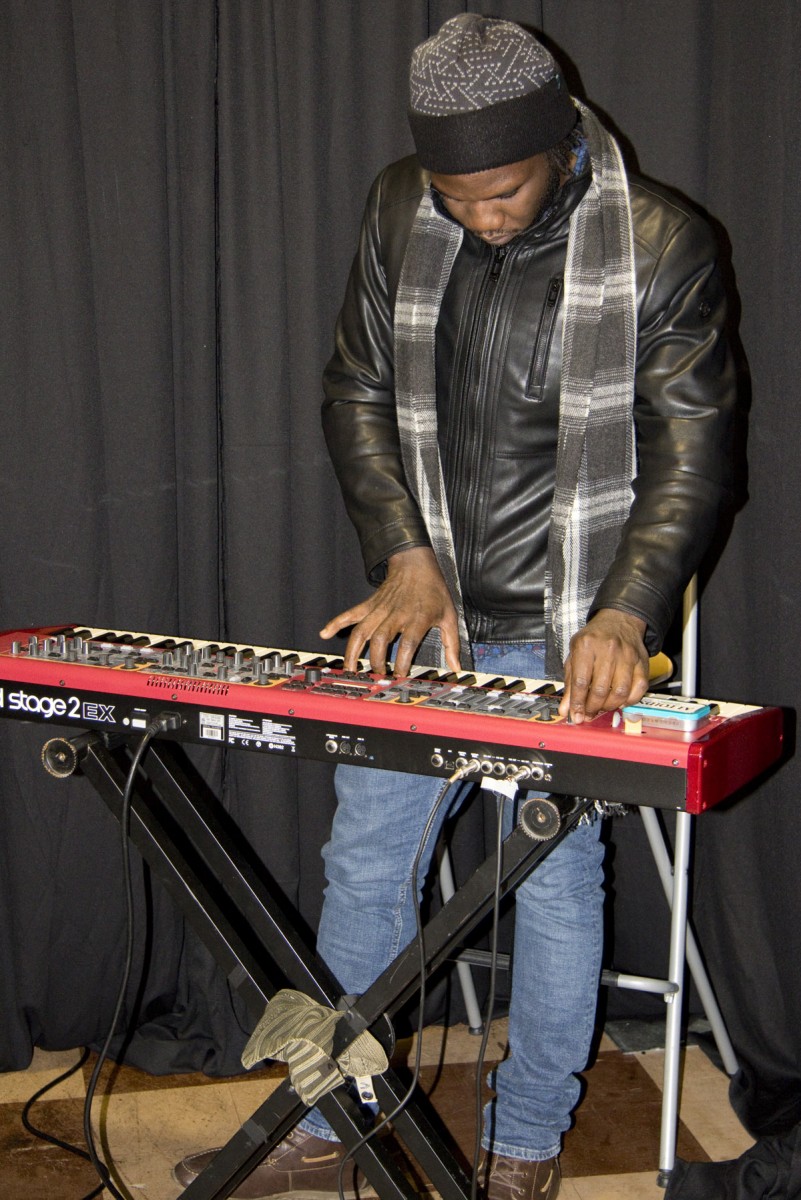 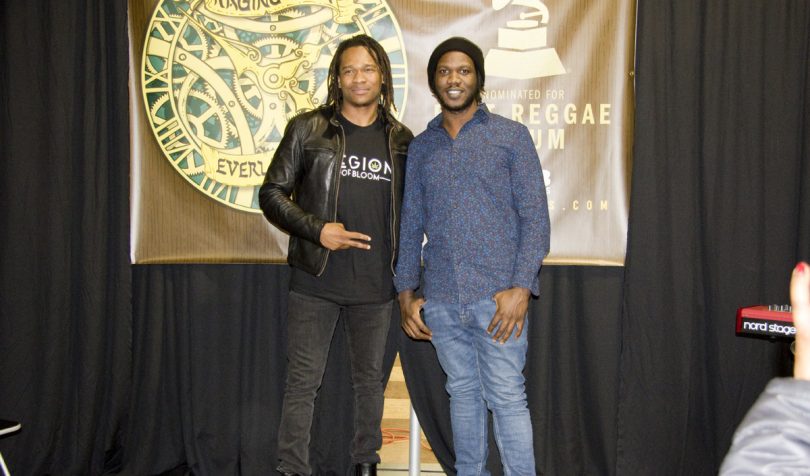 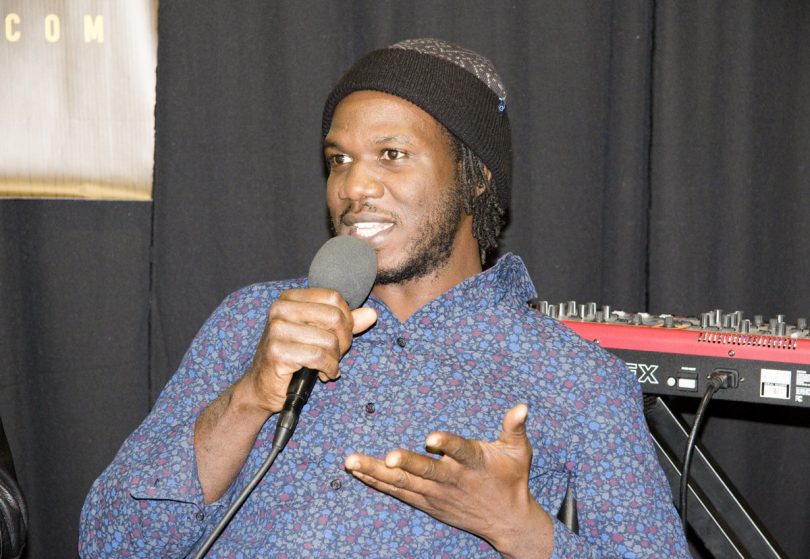