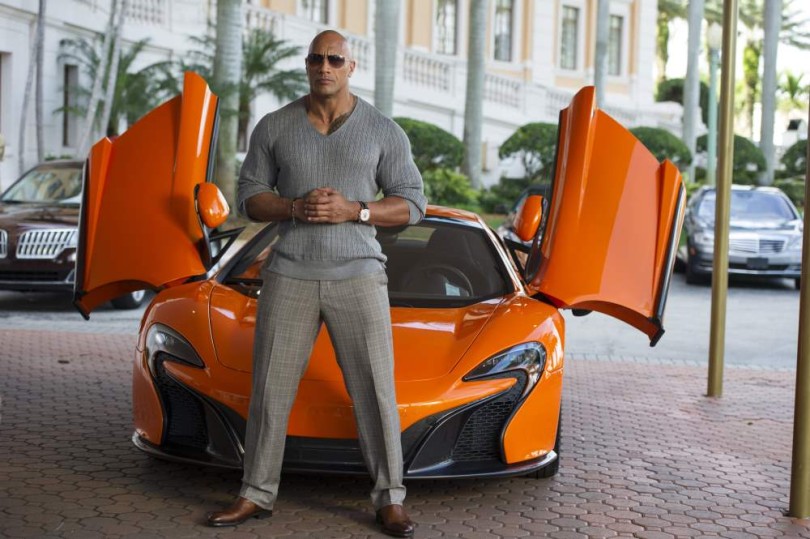 Miami, FL – June 17, 2015 – HBO strengthens its exclusive content offering every Sunday night with the season two premiere of the Emmy® and Golden Globe® nominated hit drama series True Detective, along with the debut of two new original comedies, Ballers and The Brink, this Sunday, June 21st in the Caribbean, simultaneously with the United States. Following the on-screen premieres, the episodes will be available on HBO GO and HBO On Demand (with participating providers).

The night of anticipated premieres begins at 21:00 hrs. AST* with season two of the original drama series True Detective, created and written by Emmy® nominee Nic Pizzolatto. In this eight-episode second season, a bizarre murder brings together three law-enforcement officers and a career criminal, each of whom must navigate a web of conspiracy and betrayal in the scorched landscapes of California. This new season stars Colin Farrell, Vince Vaughn, Rachel McAdams and Taylor Kitsch star, with the first two episodes directed by Justin Lin (The Fast & The Furious franchise, upcoming Star Trek 3).

Farrell plays Ray Velcoro, a compromised detective whose allegiances are torn between his masters in a corrupt police department and the mobster who owns him; Vaughn plays Frank Semyon, a career criminal in danger of losing his empire when his move into legitimate enterprise is upended by the murder of a business partner; McAdams will play Ani Bezzerides, a Ventura County Sheriff’s detective whose uncompromising ethics put her at odds with others and the system she serves; Kitsch stars as Paul Woodrugh, a war veteran and motorcycle officer for the California Highway Patrol, running from a difficult past and the sudden glare of a scandal that never happened; and Kelly Reilly plays Jordan, Frank Semyon’s wife, a former D-list actress who is a full partner in his enterprises and ambitions.

Following the premiere of True Detective, Dwayne “The Rock” Johnson makes his HBO debut in the new original comedy series Ballers at 22:00 hrs. AST. The ten-episode season explores the sun-soaked world of a group of past and present football players in Miami, FL. Though they’re pros when it comes to playing the game, each has a harder time navigating life off the field. Leading the pack is Spencer Strasmore (Johnson), a retired football superstar who is trying to find a foothold as a financial manager to current players.

His inner circle includes a talented but volatile wide receiver Ricky (John David Washington), who seeks to balance his off-field antics with his passion for the game; Charles (Omar Miller), a reluctantly retired lineman who’s finding it hard to adjust to civilian life; and rookie sensation Vernon (Donovan Carter), whose promise never to for get “where he came from” brings scores of hangers-on into his life, and lands him in big financial trouble. As Spencer tries to juggle his friends, he gets assistance from Jason (Troy Garity), a top-tier sports agent, and Joe (Rob Corddry), Spencer’s larger-than-life boss, who’ll do just about anything to close a deal. In an industry where the career span is unbelievably short, Spencer and his crew must figure out where the game ends and life begins, all while keeping their cool and having each other’s backs.

The night concludes in a world of trouble with the arrival of Jack Black and Tim Robbins in the all-new comedy The Brink, created by brothers Roberto and Kim Benabib. Beginning its ten-episode season at 22:30 AST, this epic dark comedy focuses on a geopolitical crisis and its effect on three disparate, desperate men: US Secretary of State Walter Larson (Robbins); Alex Talbot (Black), a lowly Foreign Service officer stationed in Islamabad; and Zeke “Z-Pak” Tilson (Pablo Schreiber), an ace Navy fighter pilot with a lucrative side business dealing prescription drugs.

The season begins under threat of a coup in Pakistan, when a rogue general seizes control of the country and its nuclear arsenal, leaving the fate of the world on the shoulders of these three unlikely American heroes. From the turbulent streets of the Middle East, to the White House situation room, to an aircraft carrier on the Red Sea, The Brink takes us on a wild ride across multiple time zones to show how the foibles, egos and rivalries of political leaders can take us to the brink of war.

About HBO Latin America
HBO Latin America is the premium television network leader that, in addition to being recognized for the quality and diversity of its original programming, films and documentaries, also provides services with the highest technology in SD and HD formats in more than 24 countries of Latin America and the Caribbean through its channels HBO, HBO2, HBO Signature, HBO Plus, HBO Family, HBO Caribbean, HBO On Demand, HBO GO, MAX, MAX Prime, MAX UP, MAX Caribbean, Cinemax and Cinemax GO.