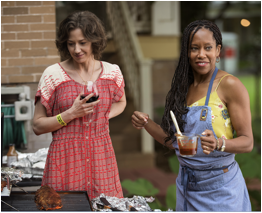 HBO Latin America (@HBOLAT) will premiere the second season of its original series The Leftovers, Sunday October 4th at 21hrs AST* in the Caribbean, simultaneously with its premiere in the United States. Created by Damon Lindelof, Emmy® Award winner for Lost, and Tom Perrotta, the new season takes place in the small town of Jarden, Texas, the only city in the world not affected by “The Departure” – the event that claimed 2% of the world’s population, in which more than 140 million people ceased to exist.

The second season of The Leftovers finds many of Mapleton’s residents looking for a new beginning after The Guilty Remnant’s Memorial Day initiative left the small town in chaos. Kevin Garvey has retired as the chief of police and begins moving his new family to the town of Jarden, Texas. Together with Nora Durst, who found a new meaning to life caring for a baby she found on Kevin’s doorstep, meet their new neighbors: The Murphy’s, a local family who seem to have been spared from an event that shook the rest of the world, and the Jamison’s, who are also dealing with the suffering caused from events that took place on that day.