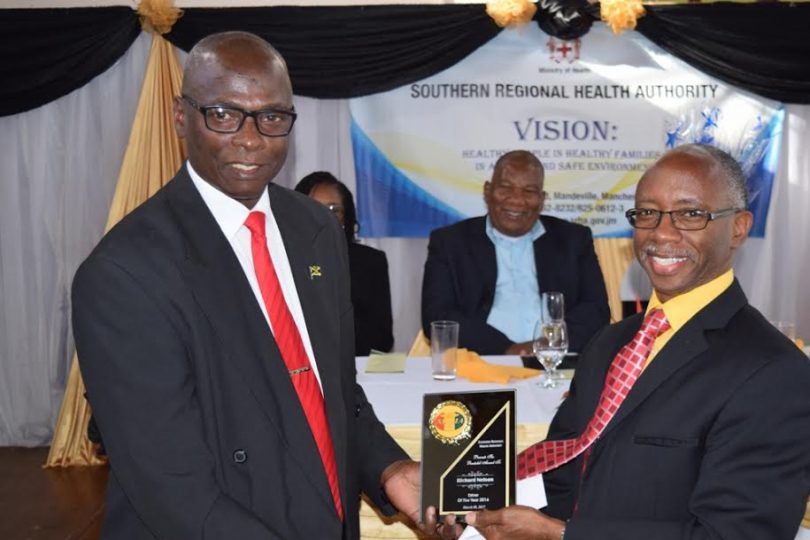 At a recent Awards Ceremony for the drivers and maintenance personnel of the Southern Regional Health Authority (SRHA), the important role that these personnel play in safeguarding the most valuable fixed assets of the Health Ministry was highlighted and lauded.

Speaking at the ceremony on Thursday, March 9 in Mandeville, Regional Director of the SRHA, Mr. Michael Bent said the team has an awesome responsibility in caring for the health sector’s buildings, equipment, machinery and vehicles which operate constantly, and must be saluted.

Mr. Bent pointed out that several measures have been implemented in an effort to boost the capacity of the maintenance personnel and drivers including extensive training of these staff at the diploma level in Electro-Mechanic Engineering Maintenance to operate at international standards and the continuous training of drivers in defensive driving.

The Regional Director added that this department continuously pursues cost saving initiatives such as the conversion of two buses into ambulances saving $7.6 million; engagement of an in-house mechanic to service vehicles which has saved $2 million annually; in-house servicing of air conditioning units resulting in $3.9 million savings annually and the installation of two steam generators at the Mandeville Regional Hospital which is projected to save $2.75 million annually.

He added that the commitment of the staff have also resulted in increased efficiencies of machines and vehicles noting that the Service Level Agreement target for downtime of these assets is 20 percent; however, the SRHA is achieving a downtime of below 15 percent which is commendable.

Keynote speaker and CEO of Renotkil (Initial) Limited in challenging the awardees to strive to be better at all times noted that excellence is not dependent on one’s position but on one’s mindset. He urged the celebrants to continue to build on their successes and achievements.

The Awards ceremony was staged under the theme, Excellence…A Continuous Journey” and recognized 23 Maintenance Staff and Drivers for their invaluable role in health care delivery in 2016.

Saluted: Drivers and Maintenance Personnel of the Southern Regional Health Authority pictured with their awards and certificates. 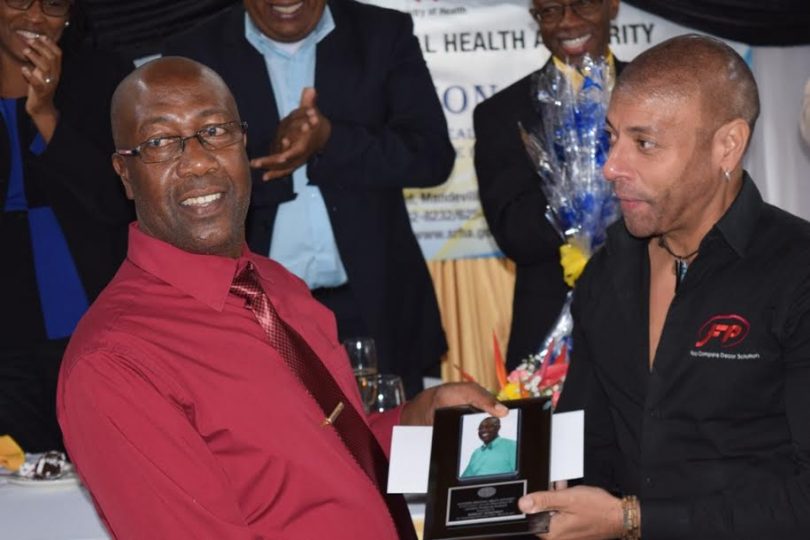 Driver of the Year: Keynote speaker and CEO of Rentokil (Initial) Limited, Mr. Maurice Goldson presents the 2016 Driver of the Year Awards to Mr. Richard Nelson of the Manchester Health Department.
Rate this post