Hillary Clinton Missed A Huge Opportunity But There Is Hope - Jamaicans.com 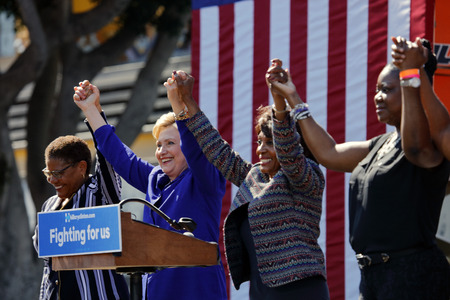 For the past few weeks I’ve felt betrayed. My candidate Hillary Clinton ignored an opportunity that her team was made aware of, and then her opponent took advantage of it much to my personal dismay. Later on I learned that I may have correctly observed that many of her local staffers were white people doing outreach in black areas, another issue that her staff had been made aware of but did not seem to address.

To be clear, at no point did I believe her opponent would be a better option, but I started questioning the authenticity of the candidate I so fervently advocate for on a daily basis. And then I had to stop and check myself. I had similar thoughts the last time around when Mr Obama’s campaign sent a slew of white people from out of town to fill field positions in the very African American region of Miami Gardens where I was an organizer. But then I saw that when he was personally making appointments, he put minorities and women in every position he could fill.

I had to remind myself that he was not doing the hiring at the local level and that the same is true of Clinton. There are people working on her behalf in a culture that she leads, but at the end of the day the same values do not always trickle down.

Mrs Clinton has surrounded herself as well with women of color. She has fought for women and girls, for the poor and underserved since right after she graduated college. She has spent her life preparing for the most powerful position in the world, and she deserves the job. Not because she’s a woman or a Clinton, but because she’s worked the hardest and prepared the best.

Obviously things won’t be perfect. I believe when she says she’s committed to promoting diversity and inclusion because of what I’ve seen her do. I won’t judge her by the actions of her staffers in a frantic campaign, but by her personal actions over decades. And so I no longer feel betrayed. I feel hope.