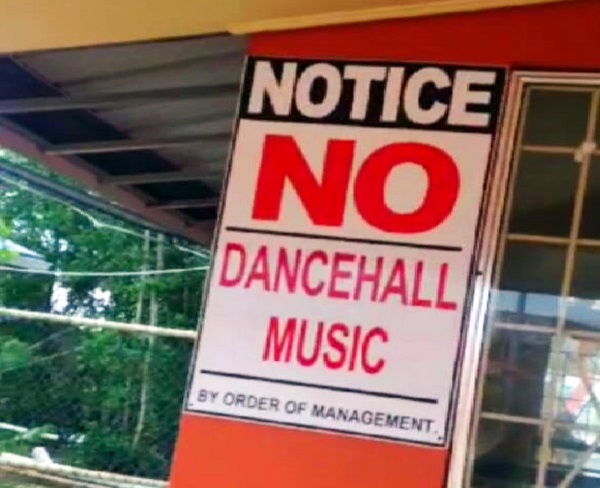 With an apology and removal of a sign, the management of the Clifton Hill Beach Hotel in Trinidad has ended its ban on dancehall music on its property. The sign has previously notified guests that “No Dancehall Music” would be allowed. The sign created some controversy as it became displayed via social media, and a backlash from Jamaicans and Trinidadians arose. The manager of the hotel, Beverly Watson, said she had received many calls about the issue and took the sign down after speaking with the hotel’s owner and other management authorities. Watson apologized for any offense given. Nicola Madden-Greig, president of the Jamaica Hotel and Tourism Association (JHTA), said she was not aware of the situation at the hotel and noted that hotels in Jamaica do not ban any type of music. Dancehall artiste Savage whose tune “Culu Culu” was at the top of the charts in Trinidad was unhappy about the situation, saying “people have right to play music in their own space.” Macka Diamond said she knows that many people in Trinidad love dancehall music and hoped such bans would not become a trend.