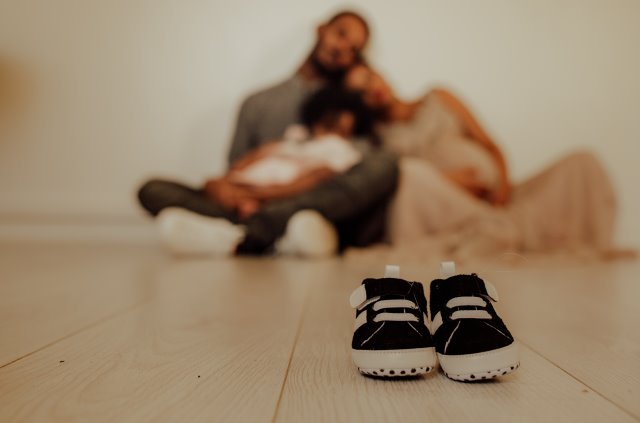 My friends (who were in their thirties) wanted me (a teenager) to be their child’s godparent.

At thirty, they should know that everyone younger than twenty-five — even prodigies — is flipping idiots. Prodigies are just gifted idiots.

What if my friends died and their child showed up on my doorstep in a basket on a rainy night? Just a full-grown sixteen-year-old. In a basket. In the rain. Because that’s how orphans are delivered.

Could I still enjoy the delicious baby dedication after-party food if I declined to be the godparent?

Event crashing is not above me, so why suffer through bridezilla mood swings and ugly dress fittings just for first place in the buffet line.

I declined, but my friends insisted on making me the Godmother. Seriously, what was going on in their life that I was the best candidate to offer spiritual mentorship to their child?

I didn’t want no child of any kind tying me down. No stepchild, no adopted child, not even a child lock! They’re too tricky to open. Don’t want em. Get em outta here!

College was starting and I was focused on important matters like parties, dating, and earning my degree with Wikipedia as my only source.

Luckily, my summer internship back home coincided with my goddaughter’s second birthday. Wow, my godchild was precious, but she was far from little.

Toddlers are like middle-aged adults; they walk weird, talk nonsense, and fantasize about all the good things they’ll get when their parents aren’t around.

As we sat on the couch, I fantasized about god-motherhood. With her edges now grown in, we could style her hair, try cute outfits, and get her a fake ID to go clubbing.

My daydream felt like I was gone for eons, but in reality, only five minutes had passed. Wow, babies are bo-ho-ring. After less than an hour at the party, I said my goodbyes and promised to check back in soon.

Neglected Goddaughter has just sent you a Facebook friend request.

What?! I did a quick count on my fingers. Criminy. Time flies when you’re neglecting your children.

The next few nights, I dreamt that my goddaughter was a successful NBA player. During her television interviews, she would say, “Shout out to my parents and Big O – my absentee godmother.”

Nooo, the world couldn’t know I dropped the ball on while on godly parenting duty. I was so guilt-ridden that for the rest of the dream, I tried different ways to make up for lost time without being labeled a gold digger. Each idea was worse than the previous because somehow, the tabloids managed to paint me like some limelight seeking bum.

After a week of bad dreams, I finally did the right thing: I rejected my goddaughter’s friend request and blocked her on Facebook.

Shout out to all the neglectful parents. We’re doing the right thing by not exposing our children to our deadbeat lifestyle.

Photo by Alekon pictures on Unsplash