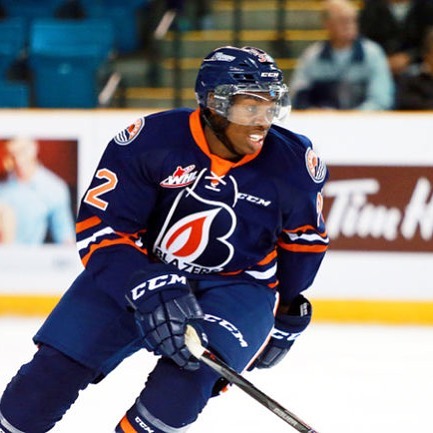 Jermaine Loewen has become the first Jamaican to be drafted by the US National Hockey League (NHL). Loewen was the final pick by the Dallas Stars in the 2018 NHL Entry Draft. Previously with the Kamloops Blazers, dual-winger Loewen was chosen 199th overall in the seventh and final round of the draft. The new Dallas Stars player was born in Mandeville, Jamaica. He has played with the Kalamazoo Blazers since 2014-2015. During the 2017-18 season, Loewen scored 36 goals, 28 assists, and 64 points in the 66 games and led the Blazers in scoring. Loewen is one of the bigger wingers selected by the Stars in the draft, standing 6’4” and weighing 220 pounds. 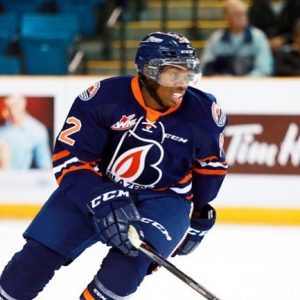 His size is an advantage in physical play as well as in controlling fast-paced play. Commenting on the draft of Loewen, Derek Neumeier of the NHL described him as “A huge overage power forward who developed an offensive element to his game this season.” Being just 20 years of age. Loewen could have a better chance of making the NHL jump than the other draft picks made by the Stars. As he has not made a commitment to any minor or junior league team for the coming 2018-2019 season, it remains unclear where Loewen will go next. In addition to being the first NHL draft pick to come from Jamaica, Loewen also made history by being the only player from the Blazers to be chosen in the NHL draft. Loewen has taken a non-traditional path to playing professional hockey and was passed over twice in previous drafts. The 2017-2018 season represented a breakout for the left-hander. Loewen said he had spoken with scouts from several NHL teams prior to the draft who projected that he would go in the later rounds due to his age. Loewen said he understood that strategy: “It’s nothing against me or my ability, but it would be taking a chance on a guy who has potential and a lot of room to get better.” Loewen said he made sure his phone was “charged up” while waiting for news of the draft and working in an orchard. He is training in Kelowna during the summer and said he felt confident that “something good” would happen even if he hadn’t been selected, Loewen still felt good about making contacts with the various teams during the process.