In the 1980s, British Film about Jamaicans Banned in US for Being “Too Controversial” - Screened Recently in US - Jamaicans.com 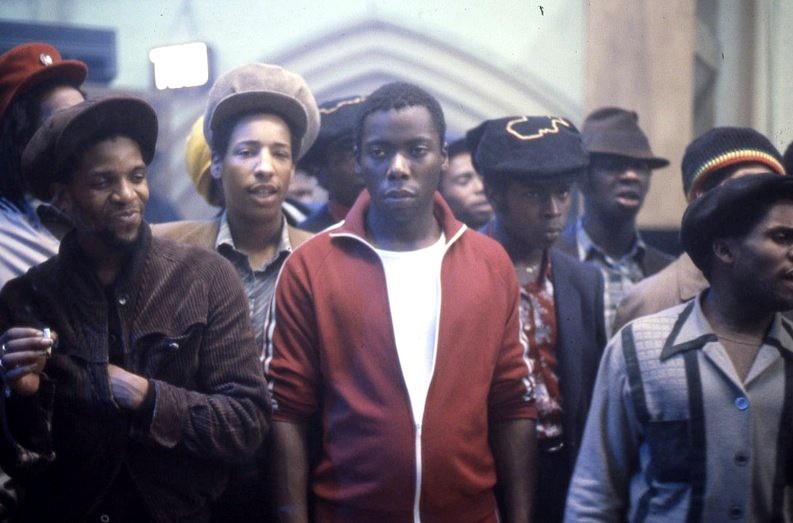 A British film released in 1980 entitled “Babylon,” which followed Jamaicans enjoying reggae music, parties, and sound systems in the United Kingdom, was given an “X” rating in London and banned in the United States as “too controversial.” At least, that was the official reason for the ban, but a consensus opinion noted that the real reason was that it showed black Londoners living their real and regular daily lives. In spite of the ban, the film became a cult favorite for its depiction of black Londoners and reggae fans long before the US experienced similar honest portraits of black people in the 1989 film “Do The Right Thing.”

“Babylon” has been restored and was screened in March 2019 in New York and Los Angeles, and it is receiving the attention required to encourage its showing across the US. In an interview with Vice, the former child star, musician and recipient of the Order of the British Empire honoree Brinsley Forde, who played the role of a black sound-system deejay in the Franco Rosso film, noted that putting “Babylon” together was hard work, but none of those involved every felt it was a story that couldn’t be told. They just wanted to tell a story that any black individual in London would understand. She also stated, however, that even 40 years after the film’s release, there are still “striking” similarities between current situations and those depicted in the film. “We haven’t really moved on. Yes, we’ve seen improvements in some ways, but the problems of bigotry, poverty and class still keep us on that same treadmill, she said .

When asked by Vice why she thought the film was really banned in the US, Forde said she thought it was because showed “the underdog fighting back,” and that this was “too much for some to handle.” A stabbing scene in the film was deemed too violent for the US, although other films had similar levels of violence. According to Forde, “As we’ve moved through the years, we’ve seen banned content for what it was. They thought differently and freed our minds from what we’ve normalized. In the 1980s, there was a great fear of what film could do alone to incite people.”

Now Forde is proud to have been part of “Babylon” although she expressed sadness that society hasn’t “moved on” very far from its stated themes. ”This is a film that was literally used for public inquiry. I’m proud to be a part of that.”