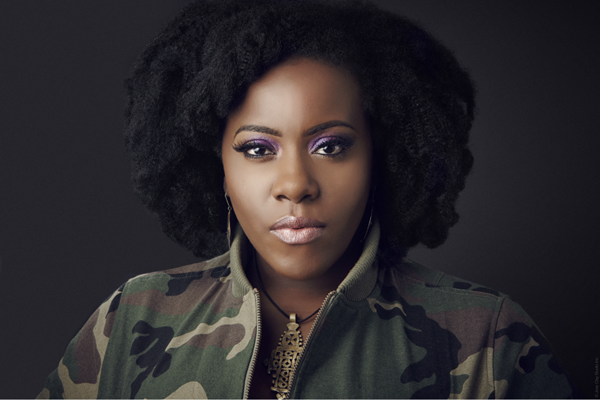 On Friday, November 17th, 2017, the Soulful “Strong One”, Etana, who is of Jamaican heritage, will receive the Excellence in the Arts Award for the impact of her music to the reggae scene in the United States, as well as on her impressive international platform. The CARAH Awards set for the JW Marriott Hotel in Washington DC will bestow honors on Hon. Karl Racine, of Haitian heritage, who is the Attorney General of Washington DC; and Dr.the Hon. Henry Lowe, Scientist and Inventor, also of Jamaican heritage; among others.

The honor bestowed upon Etana falls in line with her journey, as she long ago recognized the power of music and its worldwide widespread influence. Since the release of her first single in 2007, “Wrong Address”, which highlights the discrimination faced by some Jamaicans living in violence-plagued communities, Etana has used voice to not only document through music, but became and advocate and activist for children of her beloved country. Likewise the songbird has extended her various philanthropic endeavors to Africa bridging the motherland with her beloved island of Jamaica.

ICS’ Founder and President, Dr. Claire Nelson cites the CARAH Awards as part of the organization’s campaign to ensure that the conversation on the future of America and immigration includes a recognition of the indivisible historical linkages between the US and the Caribbean.

Since its founding, the CARAH Awards, which have become the signal honors and recognition program for Caribbean Americans, have been awarded to over fifty distinguished individuals including for example: Earl Graves Sr., Publisher of Black Enterprise, of Barbadian heritage; Cicely Tyson, who is of Nevisian heritage; Ambassador the Hon. Andrew Young; Congresswoman Barbara Lee; Dumas Simeus, Haitian American entrepreneur and philanthropist; Jimmy Cliff, Reggae Legend; and Hon. Eric Holder, Attorney General of the US, who is Barbadian heritage.

“I am honored and humbled for this recognition. I am blessed to be able to use my voice in many ways, and I fervently believe that to whom much is given, much is required” – Etana.