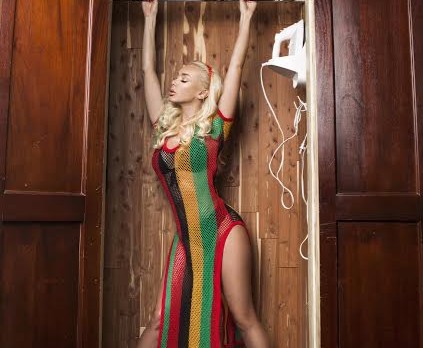 Rising international pop artiste, Ivy Layne, has officially dabbled in dancehall with the new single ‘One You Love’ featuring Dancehall trendsetter Popcaan. The single, originally forming a part of her recently released ‘in Time’ EP, was chosen as the perfect single to create a dancehall edge for Ivy who has always been a huge fan of Caribbean culture and its influence on people worldwide. 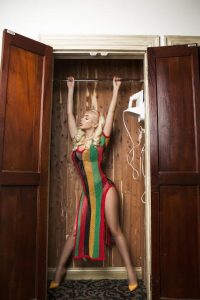 “We all have that person that we are into and would love that person to be ours regardless of the situation. You might be in a relationship, living far or circumstances are not right for you to be with that person but you can only dream and know in your heart that person is the one you love.” IVy explained when asked about the inspiration for the track itself.

With a dancehall version to the already trending reggae rhythm track, Ivy and her management team at Cape Republic Records decided that Popcaan was the perfect dancehall sound to be featured on ‘One You Love’ to take it to that next level.

“Working with Popcaan was everything that I expected and even beyond. He is such a great artiste and also an amazing person. I was meeting him in person for the first time on the video shoot and I can tell that he is passionate about his music and I am so happy for his success,” shared Ivy.

The official music video for the single was shot in Portland Jamaica, bringing the song and the dancehall essence of the remix full circle with authentic Jamaica scenery for the visuals.

Ivy is also a lover of the late 90s and early 2000s dancehall vibe so she wanted to recreate all of that with the landscape and energy from the people of Jamaica. The ‘One You Love’ remix itself has already started to get airplay in Jamaica and the Caribbean.

“The buzz is amazing and seeing people in Jamaica dancing to my music, having people from all over the world reaching out to me on social media how much they love the single. As an artist that’s the greatest thing you can ask for, it motivates me to create more music for my fans,” Ivy stated

The video is expected to be released by the end of July 2017 and Ivy is looking forward to getting feedback from her fans on the representation of Jamaican culture in the completed video. The Pop act will be doing an international radio tour as she continues to promote the complete ‘In Time’ EP and will also be heading back to the studio in a matter of weeks to finish her full length album.