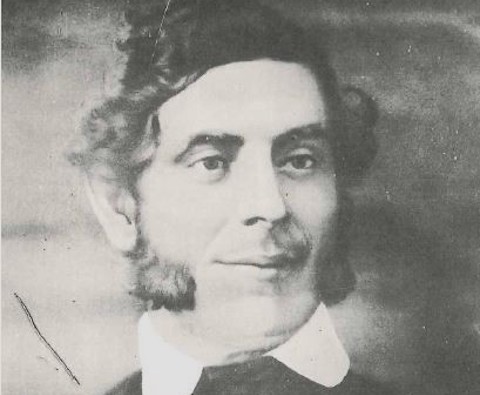 The official motto of Jamaica “Out of Many, One People” is one that is readily apparent in the faces of the people of Jamaica.  Indeed our strength as a nation is a result of Jamaica’s unique ability to rise above color and race and in so doing create institutions that stand the test of time.  No more is that more evident that in the Jamaica Daily Gleaner a newspaper founded by a Jewish Jamaican, Jacob DeCordova in 1834 and which is still going strong 176 years later in 2010.

In it’s almost two centuries, the Gleaner has covered every significant event in the history of Jamaica from the election of Prime Ministers to state funerals and visits by foreign Heads of States and issues that impact the lives of the citizens it serves.  It is with that in mind, that on this “Black History Month” I have chosen to write about Mr. DeCordova a man who had the foresight to create a newspaper in what is now a multi-ethnic but predominantly black country, because it is this writer’s belief that we only eclipse our own strength; when we fail to recognize those who have played a role in paving the way toward the creation of our own unique place in history.

Jacob Raphael De Cordova, Texas land agent and colonizer, was born in Spanish Town Jamaica, on June 6, 1808.  His mother died during childbirth and he was raised by an aunt in England. His father, a Jewish Jamaican coffee grower and exporter, moved to Philadelphia and was later joined by his son Jacob who married Rebecca Sterling and later learned the printing trade. He subsequently moved back to Kingston in 1834 where along with his brother Joshua they started the Kingston Daily Gleaner.

Always politically and socially active, Mr. De Cordova went to New Orleans two years later, where he shipped cargoes of staples to Texas during its struggle for independence. This move proved fortuitous as he eventually settled in Texas in 1839 where he was elected a state representative to the Second Texas Legislature and served for one term before losing his bid for reelection in 1849.

While living in Texas De Cordova acquired large amounts of land to sell to settlers; at one time he had a million acres in scrip or title. To attract settlers to Texas, he made speeches on Texas in New York, Philadelphia, and other cities, and even to the cotton-spinners association in Manchester, England. His lectures were published on both sides of the Atlantic and were widely read. His land agency, which he owned with his half-brother Phineas De Cordova, became one of the largest such agencies that ever operated in the Southwest. De Cordova and two other men laid out the town of Waco in 1848-49. 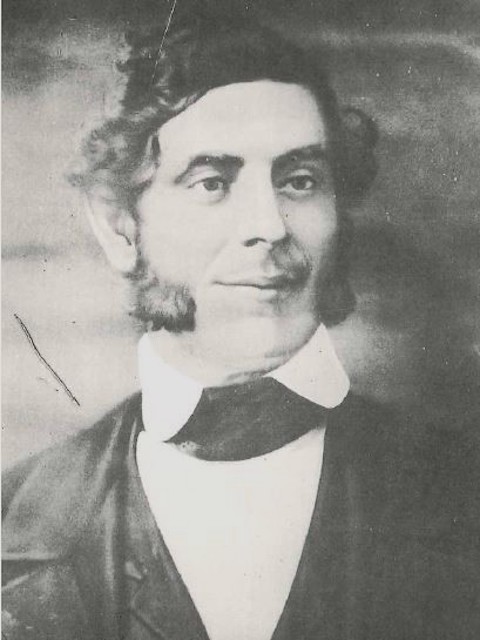 Always a publisher at heart, De Cordova and Robert Creuzbaur compiled the Map of the State of Texas, first published in 1849. Much subsequent Texas cartography was based on this map, which was praised by Sam Houston on the floor of the United States Senate. Along with his brother Phineas, DeCordova also published two early Texas newspapers, the Texas Herald (also known as De Cordova’s Herald and Immigrant’s Guide) out of Houston and the Southwestern American out of Austin. The latter was at the solicitation of Governor Peter H. Bell and helped to pass the Compromise of 1850, which resulted in a $10 million payment to Texas for adjusted boundaries after annexation.  DeCordova died on January 26, 1868 and was buried in Kimball, Texas.  In 1935 the bodies of Jacob DeCordova and his wife Rebecca were re-interred at the State Cemetery in Austin Texas, from Bosque Country to honor those who had contributed to the development of the State of Texas.  The De Cordova Bend in the Brazos River south of Fort Worth, and the De Cordova Bend Dam which impounds Lake Granbury, were both named for him.

Today the Kingston Gleaner founded by Jacob De Cordova is now known as the Jamaica Daily Gleaner and maintains offices in the United States, Canada and the United Kingdom.  Under the guidance of the present Editor in Chief Mr. Garfield Grandison, the company also publishes The Jamaica Star, Children’s Own, Track & Pool, Hospitality Jamaica and Youthlink.

Whether Jacob De Cordova could have envisioned the future of the newspaper he created, or its growth to become a mainstay of modern day Jamaica is anyone’s guess.  What we do know is that the Gleaner, through its subsequent editors and over its 176 year history, has kept the people of Jamaica informed, by keeping its finger on the country’s pulse through triumph and tragedy, from colonialism to independence.  By diversifying to keep pace with an ethnically diverse, yet staunchly Jamaican population, the Gleaner has maintained its relevance and stands as a true representation of the country’s motto “Out of Many One People.”