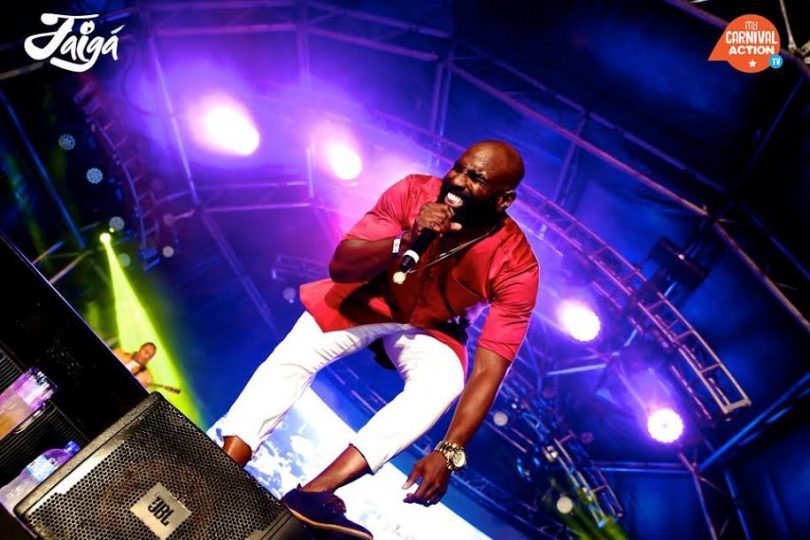 Christopher ‘Tambu’ Herbert will forever be a legend in the Soca music industry. His voice lives in records that have made carnival lovers world over, sway infectiously, time and time again. Even as the year 2017 looms, his name is being spoken of- this as one of Soca music’s most vocal supporters who doubles up as an artiste and triples as a radio personality, pays homage to Tambu in music, reviving a song that in 1989 stole the Road March title in Trinidad and Tobago.

“This is my expression of thanks to the art-form and to the elders who’ve paved a very firm and steady path for the new generation of artistes like me,” says Jaiga. In the days ahead, he’ll release the Stadic Music produced remake of Tambu’s ‘Free Up”- a song that lives in the hearts and souls of patriots to the Greatest Show on Earth, wherever they are. “The name of the song will remain the same. It’s produced by Stadic- one of the youngest names in the Soca music production game these days, but a producer that’s been keeping Soca’s sound fresh and jiggy,” he said. He also noted that the track was mixed and mastered by Nicholai Green.

In the past few years, Jaiga has shown his commitment to the music, becoming a consistent sound on the carnival circuit and hitting stages across the Caribbean and internationally in the aftermath of each scintillating festival in T&T. In 2016, his Jason ‘Shaft’ Bishop penned, ‘Anyway’ became an anthem of sorts for fetters who simply wanted to let loose. He cemented the vibe with what could only be described as the perfect video, shot on the rooftop of an apartment building in the rough Maloney ‘Plannings.’

With the release of ‘Free Up’, Jaiga is claiming his space in the business, while reminding the world about the masterful lyrics and melodies that blazed the trail before his music ever did. He anticipates that this song will conjure a necessary spirit in the upcoming season- a spirit many argue, has been missing. His move will undoubtedly be seen as a big one- something not often attempted, but when done, is applauded.