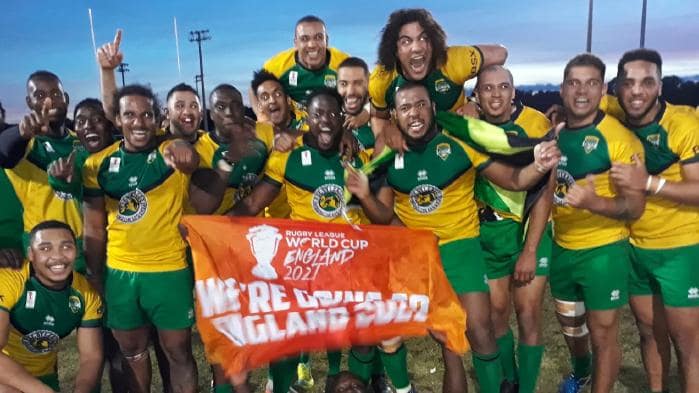 Jamaica’s rugby team is ready to making history again, having defeated the United States and qualifying for its first tournament, the Rugby League World Cup. Jamaica’s Reggae Warriors is the 11th team to have achieved a place in the 16-team men’s tournament. The Warriors defeated the USA Hawks by a score of 16 to 10 in the American Championship final, which was held in Jacksonville, Florida. Jamaica was ahead 16-0 at half-time, keeping the US team from scoring with two penalty goals by Jy-Mel Coleman, and two attempts to Joel Farrell and Keenen Tomlinson. The Jamaicans were forced to defend their lead, however, after the US Kept them scoreless during the second half of the match. Jamaica played its first full international rugby league match in 2009 in the same location, and since then, its success in rugby has been similar to the experience of the world-famous Jamaican bobsled team that defied all odds and qualified for the 1988 Olympic Games. The Jamaican Rugby League marked their first World Cup qualification with a Facebook post, stating, World History! We are goin’ to the World Cup, “adding the hashtag #CoolRuckings. The Jamaican team had to self-fund its trip to Jacksonville to compete in the American Championship, where they played Canada and China in addition to the US. Now the Reggae Warriors will join Australia, New Zealand, England, Fiji, Papua New Guinea, Samoa, and Tonga, all of which have secured places in the 2021 World Cup. The US qualified for the 2000 and the 2017 World Cup tournaments and will have another chance to qualify for the 2021 event in 2019.