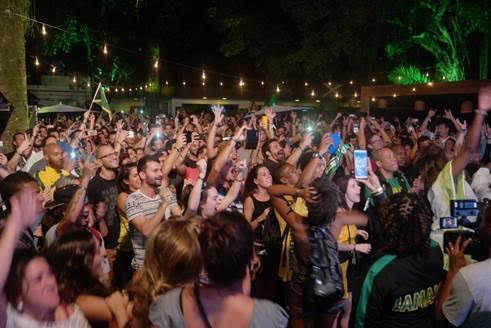 Jamaica again showcased its sprinting prowess, winning both men and women sprint titles at the XXXI Olympiad in Rio, solidifying its title of the sprint capital of the world. On Sunday, August 14, Usain “Lightning” Bolt created Olympic history winning his third consecutive gold medal in the men’s 100m final in a time of 9.81 seconds and tonight, he brought home his third gold in the 200m final in a time of 19.78 seconds, making him once again, the world’s fastest man. Jamaica’s Elaine Thompson also set off fireworks when she took the title of the world’s fastest women, clocking in at 10.71 seconds to win the women’s 100m final, as well as the 200m final at 21.78 seconds.

“We are extremely proud of our country’s accomplishments and we congratulate Team Jamaica on their dominant performance during the Rio 2016 Olympics,” said the Honourable Edmund Bartlett, Jamaica’s Minister of Tourism. “Jamaicans and the millions of fans all over the world that have visited our island to experience its beautiful beaches, music, cuisine, and most importantly, our people, are watching our Olympians dominate the track and field games.” 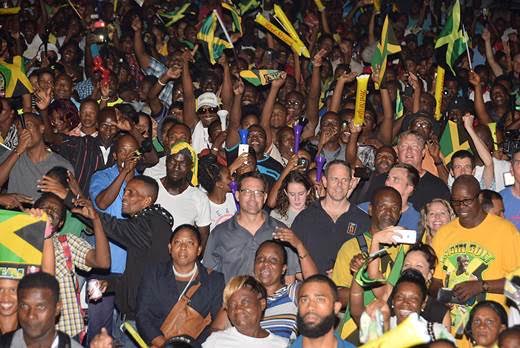 Jamaicans and visitors alike crowd the streets of Kingston, Jamaica to cheer on “Lightning” Bolt during the 100m final on Sunday, August 14.

Fans jump for joy as Bolt crosses the finish line to win his third consecutive gold medal in the men’s Olympic 200m final.