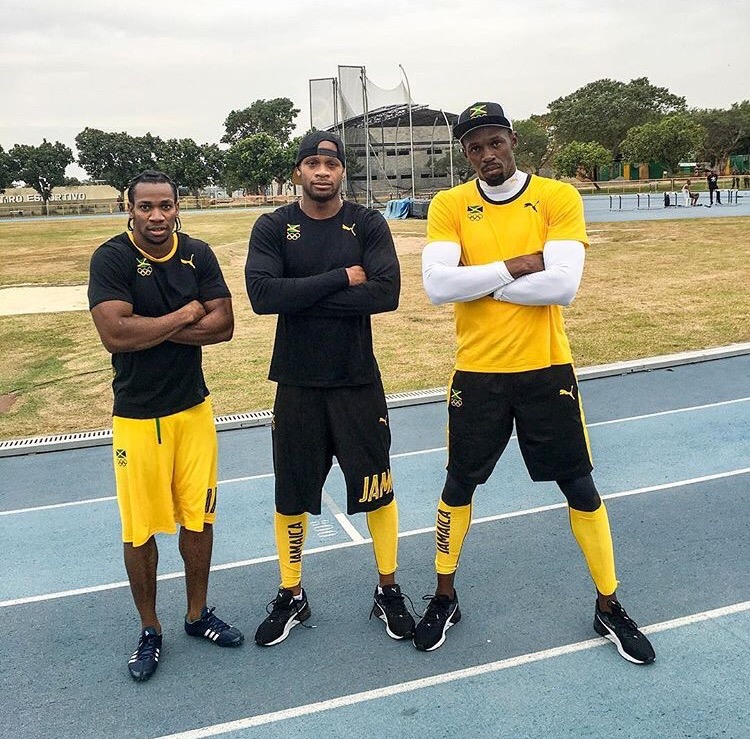 Jamaica is sending 59 track athletes to the 2016 Olympic Games in Rio. Of those 42 will compete in running or hurdling events covering distances of 400 meters or less. Jamaica has won 66 track and field medals at the Olympics, at one in each of the last 12 Summer Game competitions. Of these 63 were won n events of 400 meters or less, while two others were won over 800-meter distances, and just one in the long-jump field event. Despite all of the achievements of Usain Bolt and his reputation as a sprint superstar, and after Jamaica has won ten gold medals in the past two Summer Olympics, resources remain insufficient to allow athletes in all disciplines of track and field to participate at this level. Jamaican athletes in “other” events are working anonymously in many cases, and some national champions were not able to achieve qualifying standards for the Olympics to earn a spot in Rio for 2016. Kemoy Campbell is the best distance runner in Jamaica, lapping the field in the national championships and winning the 5,000-meter race by two minutes. However, Campbell says that when he comes to Jamaica, he is racing by himself, due to the inadequate resources of the nation’s track and field program. Orlando Thomas, Jamaica’s national javelin champion who won with a throw that would have placed 17th at the 2016 NCAA Division I men’s championships but who will not compete in Rio, says the program needs more resources, better equipment, more support, and better resources. Kellion Knibb, one of three Jamaican Olympic discus qualifiers going to the 2016 Games, said, “I did what I needed to do” while adding the the conditions of the competition were “terrible.” Jamaican athletes tend to make their way to the United States to attend college or receive training. According to Clive Pullen, who will be Jamaica’s entry in the triple jump also competes for Arkansas, and coaches from colleges throughout the US travel to Jamaica looking for athletic talent. Pullen says Jamaican facilities “aren’t the worse, but aren’t the best” and that is why Jamaican athletes move the the US. If he was a sprinter, he said, he would be in Jamaica as there are resources for sprinters.