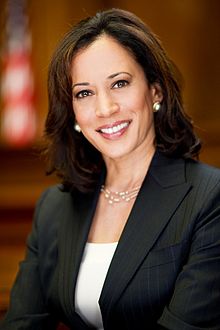 Kamala Harris, the Jamaican American attorney general of California and a graduate of Howard University, is believed to be a “leading contender” to replace Justice Antonin Scalia on the United States Supreme Court. Scalia died suddenly on February 13, 2016. Harris’s experience as an office holder and in the law could break through the current controversy surrounding a potential appointment, which many Republicans say should not take place until a new president is elected. Harris, who is currently in the running for California’s Senate seat to be vacated by the retirement of Barbara Boxer, was a member of Alpha Kappa Alpha at Howard and was admitted to the California Bar in 1990. The daughter of Jamaican American Stanford University Economics Professor Donald Harris and Indian-born cancer researcher Dr. Shyamala Gopalan Harris, Kamala Harris graduated from the University of California Hasting College of Law. In 2011, Harris, 51, became the first woman, the first black, and first Asian American to become attorney general in California.