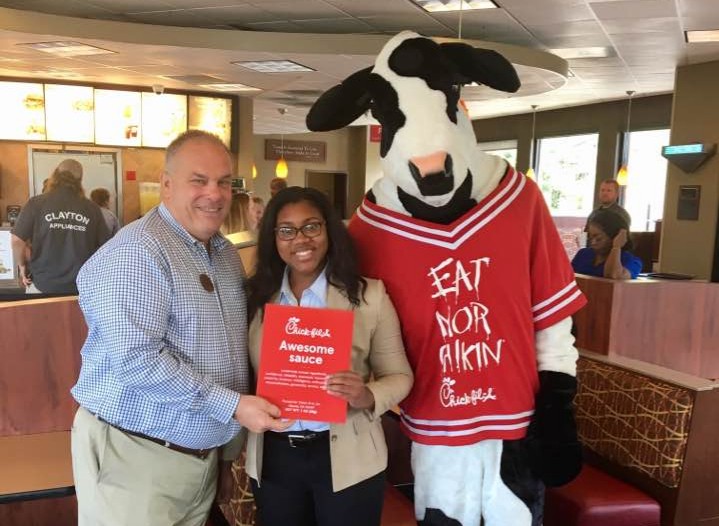 Jamaican-American, Alana Barr, a graduate of Whitewater High School in Fayette County, Georgia, has received a 2018 Chick-fil-A Leadership Scholarship. Barr will be heading to the Georgia Institute of Technology where she plans to major in biochemistry and minor in psychology. Her goal is to become a doctor of oncology. She currently works at the Fayetteville Towne Center Chick-fil-A restaurant, where her employer and co-workers said it was an honor to have her as part of the team there. 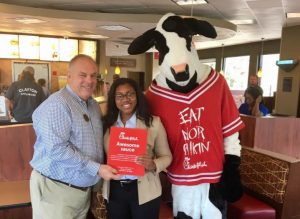 Barr received the award in recognition of her leadership, which extended beyond her work at the restaurant. She was honored for reaching out to her community, achieving academic success, and making a positive difference in the lives of those around her. In presenting the scholarship, Chick-fil-A stated, “It is our pleasure to award you this scholarship…we are certain this is just the beginning–there’s a Remarkable Future ahead of you.” Upon hearing of the award, Barr’s friends said they had no doubts that her determination will lead her to success in her chosen fields, noting that she was an inspiring example for her brother and many others. 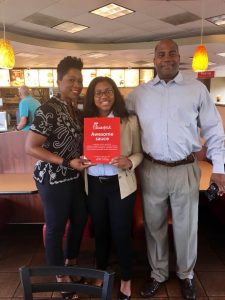 Jamaican-American Alana Barr with her parents.

Among Barr’s achievements and activities during her time at Whitewater High School included memberships in the National English Honor Society, National Spanish Honor Society, National Science Honor Society, National Honor Society, National Society of High School Scholars, and the National Beta Club. She placed third in the state of Georgia in Extemporaneous Writing in 2018 as a member of the Health Occupation Students of America (HOSA). Barr plays eight musical instruments and is a member of a chamber orchestra. She has a Black Belt in Tae Kwon Do. In 2018, she was on the Executive Board, a member of the 2018 Homecoming Court and was 2018 Prom Queen. Her community service activities included participation in the Fayette Youth Leadership Program (AVPRIDE), and helping at Piedmont Fayette Hospital, Midwest Food Bank, Habitat for Humanity, and Clothes Less Travelled. She was named a Chick-Fil-A superstar. Whitewater High School was established in 2003 with an enrollment of 1,444 students in Grades 9-12 during the 2014-2015 school year. The school is technologically advanced with LCD projectors in every room, an advanced security system, and Bluetooth connectivity available throughout the building.