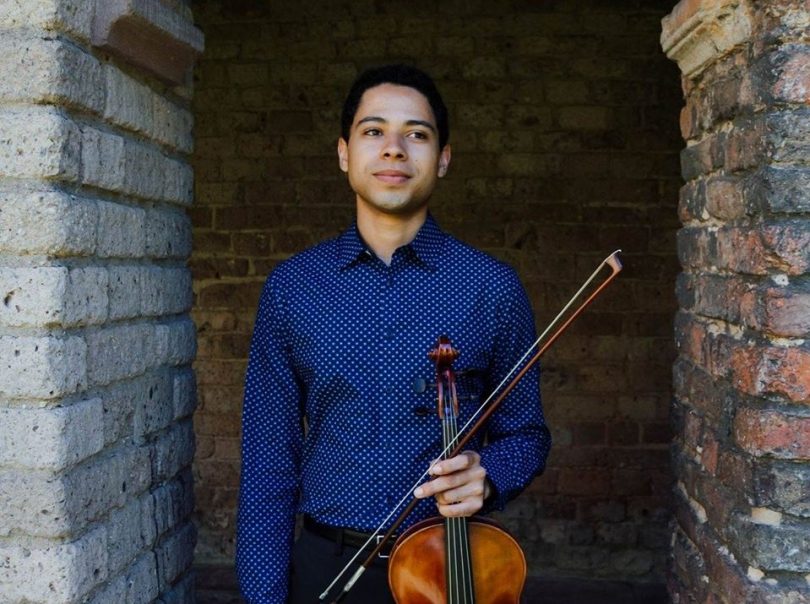 Jamaican-American violinist Jordan Bak was named as one of the four winners of the 2020 Sphinx Music Competition. Prior to winning this prestigious award, Bak won the Concert Artists Guild Victor Elmaleh Competition in 2019. In the same year, he received the Samuel Sanders Tel Aviv Museum Prize, and the John White Special Prize at the Tertis International Viola Competition. Bak also won the Sphinx MPower Artist Grant. As well as expanding his career as a solo performer, Bak is a member of the New York Classical Players and performed as a guest artist with the Jupiter Symphony Chamber Players.

Bak is only the third violinist in history to enroll in The Julliard School’s Artist Diploma program. He attained a BA in Music – with honors – from the New England Conservatory and a Masters degree in Music from The Julliard School. While at Julliard, he won the 2017 Concerto Competition and the Kovner Fellowship. Bak has also received the Presser Foundation Scholar Award and the Long Island Music Hall of Fame Scholarship. He has studied with Hsin-Yun Huang, Dimitri Murrath, and Samuel Rhodes. He has also played in master classes for Atar Arad, Gerard Caussé, Isabel Charisius, Kirsten Docter, Veit Hertenstein, Nobuko Imai, Cynthia Phelps, Steven Tenenbom, and Tabea Zimmermann.

Bak lives in Far Rockaway, New York, and belongs to the Concert Artists Guild. Besides his scheduled performances, he has received an invitation to serve as Viola Artist Faculty at the Classical Music Institute of San Antonio, Texas. He was Guest Artist Speaker for the Children’s Orchestra Society in Long Island. Bak is a faculty member at the Opportunity Music Project in New York City and a Teaching Assistant for The Julliard School ACHT Viola Studio.

The Sphinx Competition is a national contest that offers young black and Latinx classical musicians who play string instruments the opportunity to vie for the prize under the mentorship of a globally recognized panel of judges. The participants also get a chance to perform with established professionals and receive guidance from them. Financial awards in the competition range from $3,000 to a top award of $50,000 presented to the winner of the Robert Frederick Smith Prize. The Sphinx Competition is held each year in Detroit, Michigan.