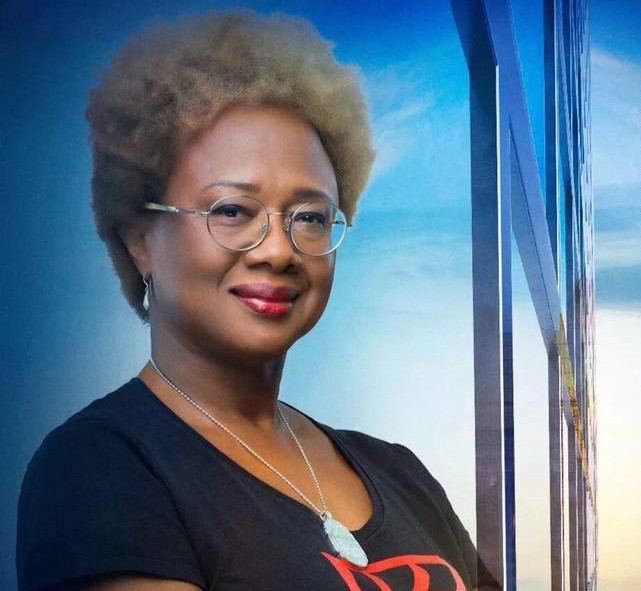 Paula Williams Madison, former vice president of General Electric, former senior vice president of NBC, and 20-plus year veteran serving in various roles at NBC Universal in the United States, is an American of Jamaican origin and Chinese heritage. She researched her Chinese roots extensively and ultimately tracked her heritage back to Crane Lake Hakka Village in China and visited the town from which her grandfather emigrated to Jamaica.

Madison’s grandfather went to Jamaica when he was a young man, but had no choice but to return to China when Jamaica experienced intense economic turmoil, and his business failed. In this situation, his three-year-old daughter, Madison’s mother, was separated from him. She left Jamaica and went to the US and made sure that her children received a good education, but she always dreamed of finding her relatives in China one day. Madison has said she knew that the loss of a father’s love had impacted her mother and she decided to pursue the dream of finding relations in China from a young age. After retiring from a successful career, Madison decided to make her first trip to China to look for her family roots.

Madison and her brothers Elrick and Howard Williams came from humble beginnings to achieve considerable success in the US, and they were determined to find their long-lost grandfather’s family. They set out to find Samuel Lowe, the father of their Jamaican Chinese mother. They uncovered clues about their long-lost grandfather, which lead them to two Chinese cities, Shenzhen and Guangzhou. There they visited the family’s ancestral village and discover a lineage that dates back more than three thousand years.

Madison’s experiences looking for her Chinese heritage resulted in the film “Finding Samuel Lowe: From Harlem to China.” The film tells the story of a daughter and a promise she made to her mother, a promise to find her maternal grandfather.

Recently, she and her cousin Kim Yuel Lau appeared on an episode of “Listen to Me,” a language program that is broadcast on China Central Television’s CCTV-4 and features individuals of Chinese descent from all over the world. Guests on the program share details of their efforts to find family connections across borders, races, and cultures.

On the program, she and her cousin told viewers in China that their national population includes Black people, people of African descent. She noted how honored she and her family were to have the opportunity to share their story with the Chinese people. The program is one of the most-viewed shows on CCTV with 30 million online viewers. The second segment of the show featured her first cousin Luo Minjun and Madison and was broadcast in both English and Mandarin.

Madison was flown to and from Beijing by the show’s producers in August 2018 for taping. She and Minjun were accompanied by Madison’s brother Elrick Williams and their young cousin Xuhui Luo (Henry). They were able to share on Chinese national television how and why they, as people of both the Chinese and African Diasporas actually exist and that there are significant numbers of people with the same proud heritage.