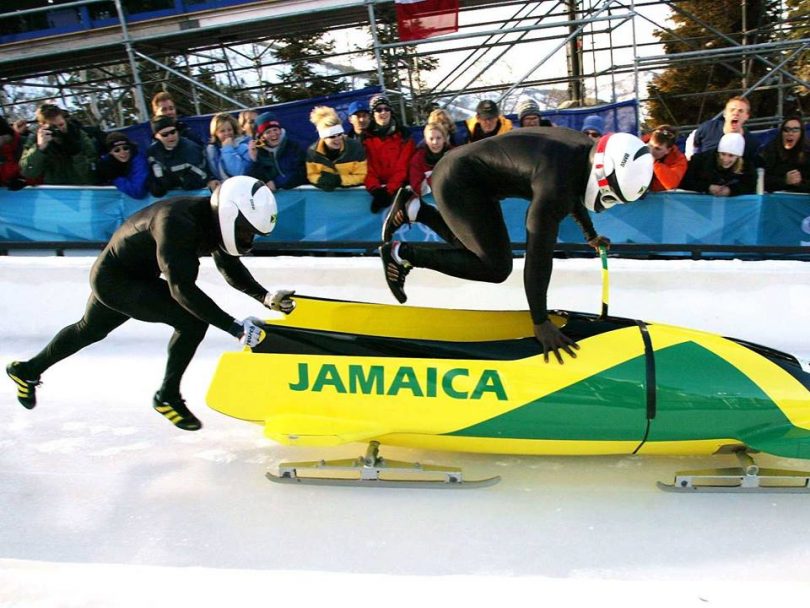 Jamaica’s world-famous bobsled team is preparing to hold team trials for participation in the 2018 Winter Olympics. The trials will be held at GC Foster College on Saturday, July 9, 2016, and are open to male and female athletes between the ages of 18 and 21. Team organizers are looking for men and women who are ready to take on a challenge and believe they have what it takes to represent Jamaica at the Olympic level. Jamaica’s national bobsled team made its debut at the 1988 Winter Olympics in Canada, gaining worldwide attention for what was perceived as their underdog status. The fact that the team represented a tropical Caribbean country in a winter sport made the team a favorite with Olympic fans around the globe Since then, Jamaica has competed in the Olympic Winter games in 1992, 1994, 1998, 2002, and 2014. It did not qualify for participation in 2006 and 2010. The Jamaican bobsledders surprised the world in 1994 when they finished in 14th place; in 2000, the team won gold at the World Push Championships in Monaco. By 2002, the two-man team of Winston Watts and Lascelles Brown set the bobsled track record and Olympic record at Park City, Utah. Women’s bobsled competitions have also seen participation by Jamaica’s team, with World Push Championship titles won in 2000 and 2001. When the teams qualified for the 2014 Sochi Games, the community raised the money needed to allow the team to travel to the competition. The Jamaicans inspired the 1993 film “Cool Runnings” and in 2014, were the inspiration for “The Bobsled Song.”