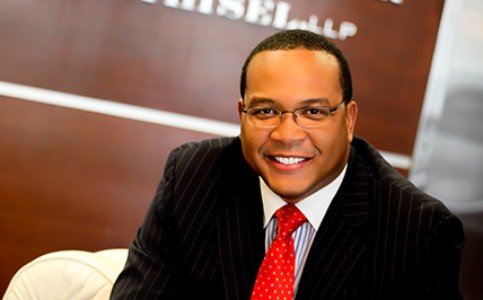 Jerry Hamilton, managing partner at the international law firm of Hamilton, Miller & Birthisel, LLP, was named by the Miami-Dade Chapter of the Florida Association of Women Lawyers as the recipient of the Hon. Theodore “Ted” Klein Award for 2018. Hamilton’s minority-owned midsize law firm is focused on the defense side of litigation in Florida and the Caribbean.

Hamilton is a third-generation lawyer and founded the firm in 2006 with just three attorneys. It has grown to more than 40 attorneys, with half of its partners minorities. One-third of the partners are women. Hamilton says that there is “dynamism to our diversity.”

Hamilton moved to Florida from Jamaica when he was a teenager and earned his JD at the University of Florida. His firm has offices in Florida, New York, Virginia, the U.S. Virgin Islands, the Bahamas and Jamaica. Hamilton notes that the presence of the firm in the Caribbean sets it apart from the competition and contributed in a major way to its growth.

Hamilton is a board-certified civil trial lawyer who has received national recognition as one of the Top Ten Defense Lawyers in the United States by one of the biggest insurance firms in the world. He is a Fellow of the Litigation Counsel of America, which is an invitation-only trial honorary society whose members represent less than one-half percent of lawyers in the US. He is also board-certified in maritime law and has been recognized as a “Super Lawyer” by Law & Politics every year since 2006. Florida Trend named him one of Florida’s “Legal Elite.” He was named among the US’s Top 100 High Stakes Litigators for 2018, a designation reserved for the most exceptional trial attorneys in the country.

In 2016, he was selected by the Dade County Bar Association as one of Miami’s top 10 trial lawyers to present in its annual Super Lawyers CLE Mock Trial and received the Anthony G. Marshall Award as Hospitality Lawyer of the Year. In 2017, he was one of the finalists for the Council on Litigation Management’s (CLM) Professional Outside Counsel of the Year Award. Additionally, he was nominated by his peers in the Dade County Bar Association as a Legal Luminary.

He has served as the Chair of the Civil Litigation Committee for the Dade County Bar Association and has been a Director for numerous years. He is AV® rated preeminent by Martindale Hubbell®. He is also a member of the Federation of Defense & Corporate Counsel which limits its membership to slightly over 1400 members throughout the United States.