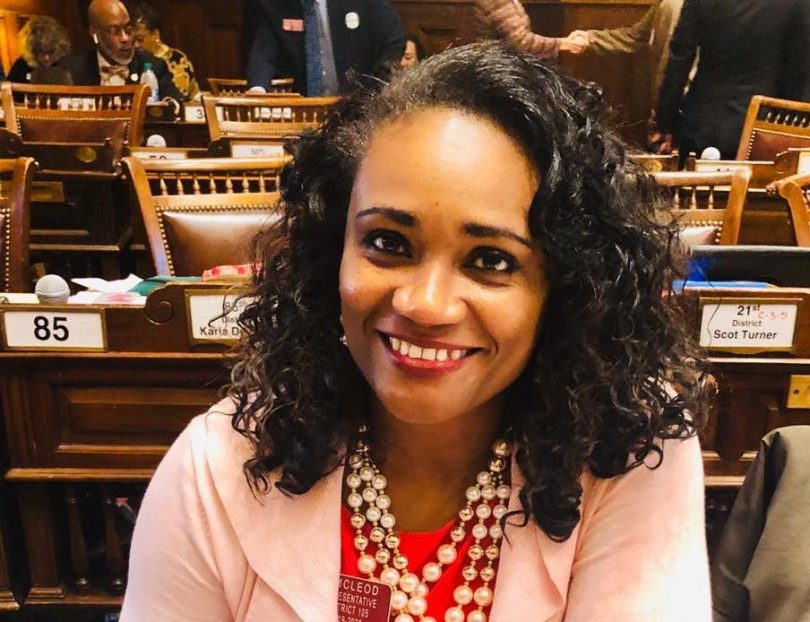 Donna McLeod, who was born in Jamaica, retained her seat in the Georgia House of Representatives in the 2020 election, running as a Democratic candidate. She first assumed that office in 2019 with her term scheduled to end on January 11, 2021. McLeod moved to Georgia in 1998 and became a citizen of the United States in 2012. She has lived in Lawrenceville, Georgia, for 19 years.

McLeod is a chemical engineer and has more than 20 years of experience the quality assurance management and engineering. She is the president and CEO of the quality assurance consulting firm Enviroqual, which specializes in medical devices, food, plastics, and pharmaceuticals. She has a grown daughter and is a “very proud grandmother.”

McLeod has been involved with numerous grassroots organizations, giving her direct interactions with her community. She is committed to educating voters about the importance of their role in society and the power of voting to change communities for the better. She was a grassroots organizer during Barack Obama’s 2008 campaign, and in 2012 served as National Director for Voter Outreach for Black Women for Obama. She was the Committee Chair for Voter Outreach and Outreach for the Gwinnett County Democratic Party and remains an active member of the Gwinnett Democrats.

She campaigned to become the State House Representative for District 105 in 2016, receiving the endorsement of then-President Obama. Although she lost that race by less than one percent in the gerrymandered district in Gwinnett County, she ran again in 2018 and was elected in that year by a margin of more than 4,000 votes. She received the endorsements of President Obama and then-Attorney General Eric Holder in 2018. During her time serving in the state House of Representatives, her committee assignments have included the Code Revision Committee, Human Relations and Aging Committee, Interstate Cooperation Committee, and the Science and Technology Committee.

McLeod is the co-founder of Community Action Network Initiatives (C.A.N.I., Inc.), a nonprofit that helps to educate and inform people about their civic rights and responsibilities. The organization has so far helped to register 17,000 new voters, working toward improving voter turnout in the United States, which currently has the lowest turnout numbers among the industrialized nations of the world. During the 2019 legislative session in the Georgia House, she worked with the state’s Department of Corrections and Department of Community Services to update release documents to ensure that ex-felons who have completed their sentences will be informed once their voting rights have been restored.

In 2015, McLeod received the Georgia Secretary of State’s Outstanding Citizen Award and in 2017 RevUp’s Sankofa Leadership Award. Also in 2017, she received the Gwinnett County Democratic Party Leadership/Service Award. In 2018, she was presented with the Freedom Fighter Award from the Family. She also has a seat on the STEM Board at Discovery High School.