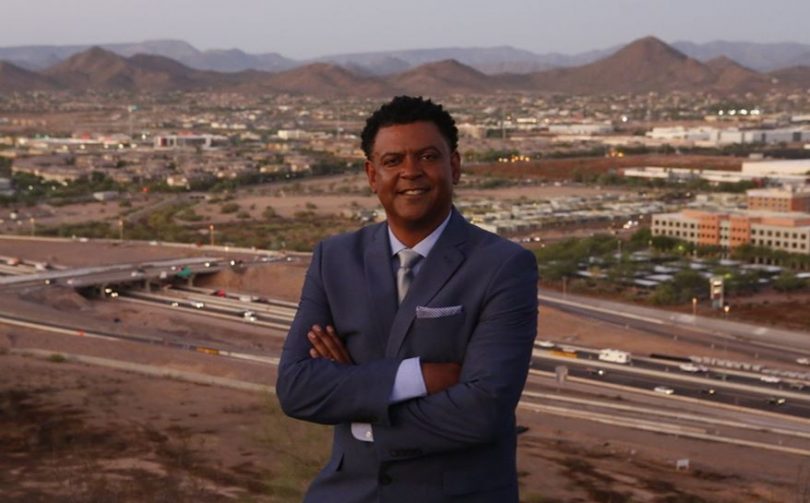 In an example of the growing influence of the Jamaican Diaspora, Karl Gentles, who was born in Kingston, is running to represent Arizona’s 6th District in the United States Congress on the Democratic Party ticket.

Karl Gentles has a long history of commitment to public service as he follows in the footsteps of his family, which has ties to Kingston and Ocho Rios in Jamaica. His uncle Renford Gentles was Mayor of St. Ann for many years, and the family has a long record of military service as well. Karl Gentles was raised in an Air Force family, and his childhood was spent moving to a new location every four years. The family settled in Arizona in 1984. His father is a 33-year veteran of the Air Force and retired as US Air Force Chief Master Sergeant.

A long-time supporter of the Democratic Party, Karl interned on the presidential campaign of former Arizona Governor Bruce Babbitt and ran city council campaigns as well. He supported President Obama and served as a staff assistant for Senator John McCain in 1989. He gives credit to Senator McCain for teaching him that politics is more about building coalitions and “doing what is right” than about ideology and party.

Karl Gentles has a diverse business background that informs his suitability for political office. He has a record of economic development job creation gained while working as part of the Greater Phoenix Economic Council. During his time with the organization, he was a member of the team that created one of the biggest job-creation programs of the past 20 years in the USAA corporate expansion. He later joined the leadership team at USAA as a corporate communications executive, consolidating the creation of 3,000 jobs and the one-million-square-foot corporate complex buildout. Early in his career, Gentles headed community development in his role as an executive for Bank One. He was responsible for delivering banking, credit, and financial access to low- and moderate-income communities throughout Arizona.

Karl Gentles currently serves as a partner of The Gentles Agency, an agency that works with brand strategy, event production, and strategic communications. He and his wife Carla Gentles are co-owners of the agency, which created the Phoenix Famtastical Festival, an event attended by 20,000 people in 2018.

Karl lives in Phoenix with his wife, Carla. They are members of Pilgrim Rest Baptist Church in Phoenix. Carla is a 29 year retired Army Reserves Master Sergeant and co-partner in their public relations agency. Carla earned a degree in fashion merchandising from Bauder College and earned her undergraduate degree in economics from the University of South Carolina Spartanburg, a MBA from Webster College, and is currently a PhD candidate at Grand Canyon University. Karl’s son, Jordan, works in the moving and logistics industry in Phoenix and is an active sports, music, and entertainment enthusiast. His grandson, Jordan Jr., is five years old and just started kindergarten.