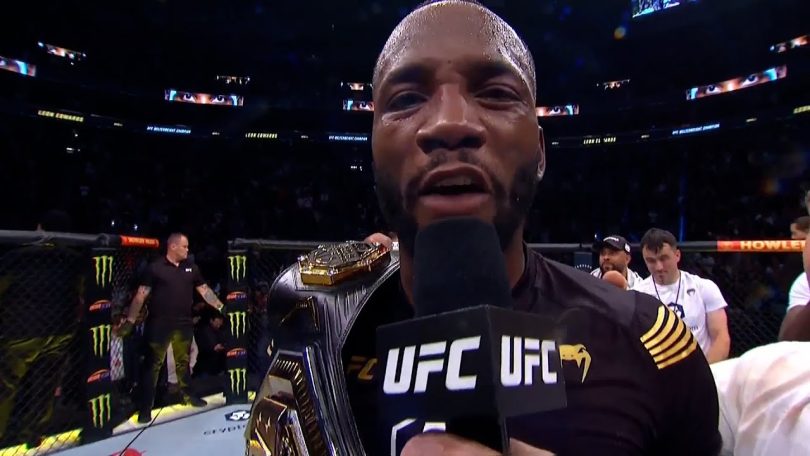 Leon Edwards, a martial arts fighter who was born in Kingston, Jamaica, and raised in Birmingham, England, surprised fans at the main event of the Mixed Martial Arts (MMA) Ultimate Fighting Championship (UFC) 278 welterweight championship competition when he knocked out Kamaru Usman, who has been described as the best fighter in the sport. Edwards was only moments away from a seeming defeat when he managed a perfect head kick to knock out Usman and emerge victorious in the fifth and final round with less than one minute remaining.

Leon Edwards, 30, was born in Kingston on August 25, 1991, where he lived with his parents and brother in a one-room house in a neighborhood plagued with crime. At the age of nine, he moved with his family to Birmingham. His father was killed in a London nightclub shooting when Edwards was 13, and the teen became involved in gang activities but changed his lifestyle at age 17 when his mother encouraged him to join an MMA club.

Edwards started his professional fighting when he debuted as an amateur at the Bushido Challenge 2 – A New Dawn in 2010. He fought Carl Booth to win via Armbar submission in Round Two. He then signed a contract with Fight UK MMA and won a technical knockout in the first round of his debut versus Pawel Zwiefka. He achieved a 2-1 record after leaving Fight UK MMA, going on to fight Craig White at the Strength and Honor 14 competition where he won by a decision. He then went 5-0 fighting for “BAMMA” and won the welterweight championship, defending his title in his last fight with BAMMA prior to joining the UFC.

Commenting on what was termed “the biggest fight in British UFC history,” Edwards said it had been a long time coming. In spite of his position as one of the greats in the welterweight division of the sport and 19 wins, he has watched many other contenders get a chance at the title before him. At the UFC 278, he finally got the chance to face Kamaru again. He faced Kamaru in 2015 and lost, with Kamaru being the only fighter to defeat him.