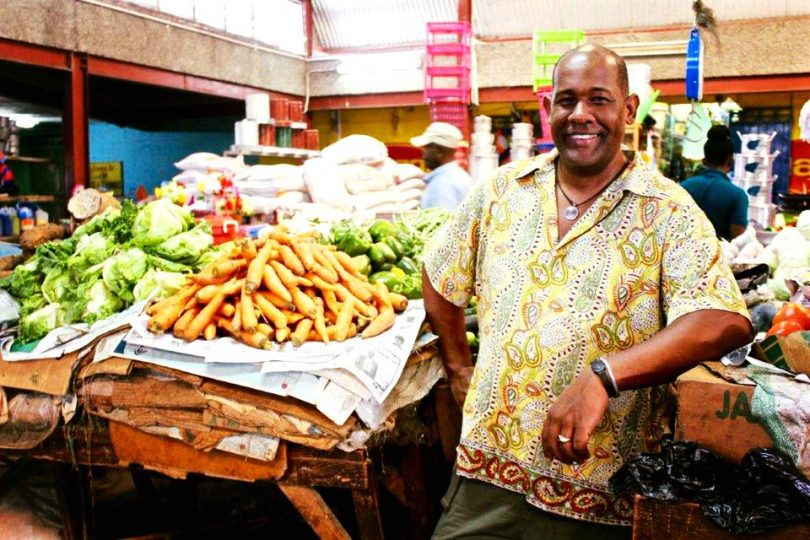 Jamaican Nigel Spence is the owner of the Ripe Kitchen & Bar, a restaurant featuring Jamaican cuisine in Mount Vernon, New York. He is one of the chefs featured by the Wall Street Journal in an article exploring diners who prefer their steaks cooked “well-done.” Spence is a classically-trained chef who was victorious over chef Bobby Flay on Flay’s Food Network television program “Throwdown” in 2007. In contrast to the opinions of many chefs who believe that ordering a steak “well done” represents a sacrilege against fine dining, Spence is one of the few professionals who accept this desire from customers without imposing a value judgment. Citing his cultural heritage, Spence says that in Jamaica, where cattle are not bred to provide soft meat, the cuisine has always included many stews and braises. One of his signature dishes at his restaurant is a jerk-style rib-eye steak, and while he recommends that diners try it the way it is best served – medium-rare – many people want to order it well-done. According to Spence, it was his customers who actually taught him to make a well-done rib-eye steak so that it remains “good and juicy.” He went on to note that if a piece of meat “tastes like cardboard” if ordered well-done, it is because the chef is angry at the customer for ordering it that way, and so he takes his revenge by “annihilating” the dish. Spence says that any top chef can make well-done steaks tender if they are willing to make a little extra effort