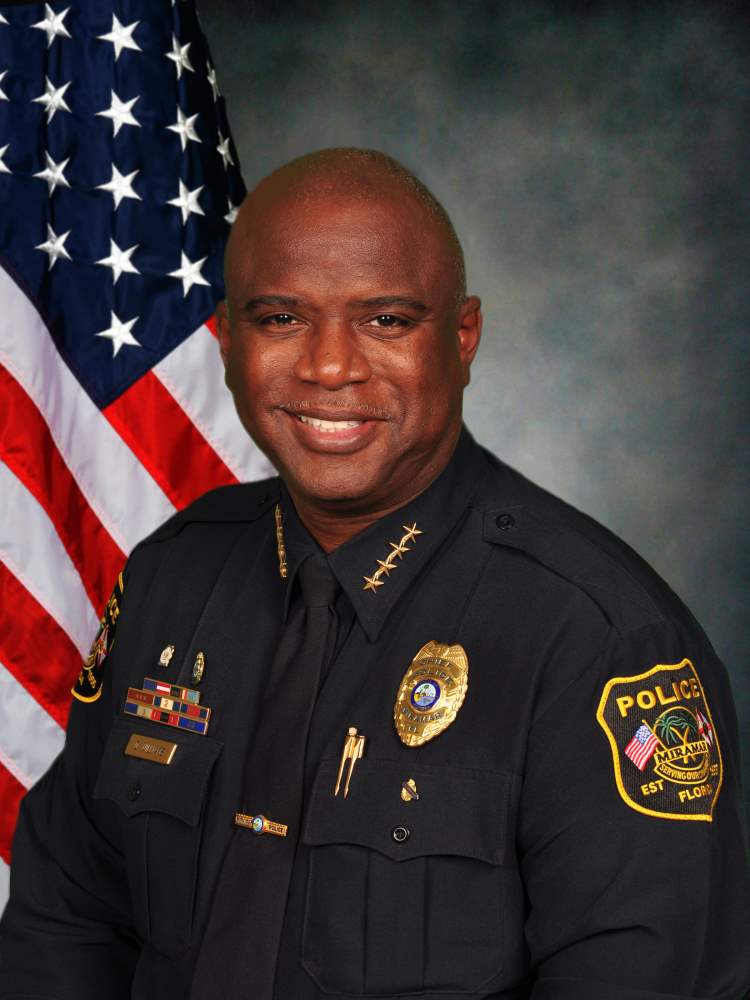 Dexter Williams has been appointed the new chief of police in Miramar. A native of New York who also spent part of his childhood in Spanish Town, Jamaica, Williams has worked in law enforcement for 25 years. He will replace Ray Black who retired in January 2016. Williams has served the Miramar City Police Force since 1993, working in a number of different departments and programs, including criminal investigations, domestic violence, victim services, and citizen volunteer initiatives. He graduated from the FBI National Academy and has two Master’s degrees from St. Thomas University in justice administration and public management. Williams says he has a special passion for working with children in the justice system and has been closely involved with at-risk children via outreach programs in Broward County. Although he was born in the United States, Williams credits his hard-working Jamaican mother, a single woman who raised him on her own, for his desire to help people. He feels very connected to the Caribbean community because of his upbringing and is proud of the strong Caribbean Diaspora presence in Miramar.