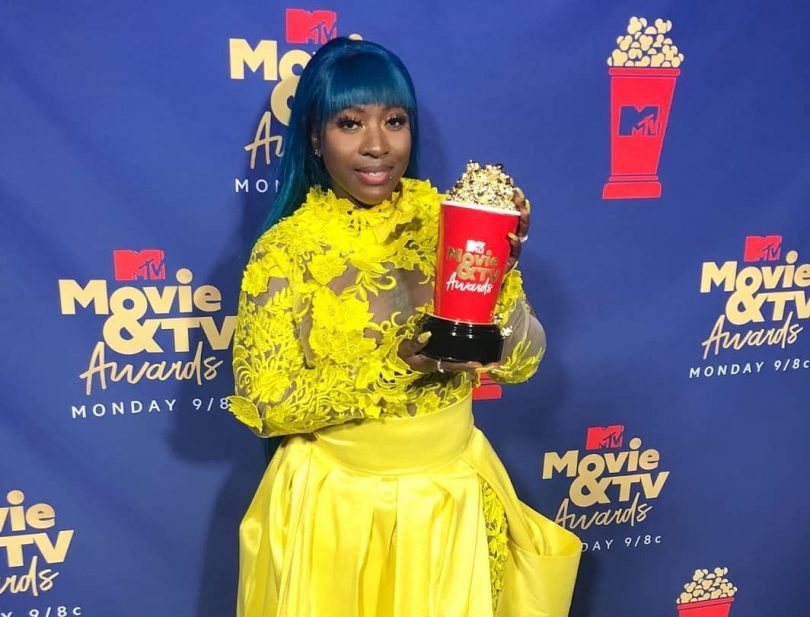 Spice, the Jamaican dancehall queen, represented the Caribbean community well at the 2019 MTV Movie and TV Awards event at the Barker Hangar in Santa Monica, California. Tracy-Ann “Roxxi” Chung, the public relations coordinator for playbookmg.com, which is based in Brooklyn, New York, said that Spice wore a striking yellow gown that “brought the sunshine of Jamaica” to the ceremony. The gown was designed by Shalay of Atlanta. Spice’s signature blue hair was also on display. According to Chung, Spice was “ravishing and stunning” as she walked the pre-show path for the cameras, showing off her confidence and grace.

Spice is a cast member of “Love & Hip-Hop Atlanta,” also known as LHHATL, and one of several from the reality-tv show that used the awards show to represent the franchise in the “Reality Royalty” category.. Other reality television programs nominated in that category included “Jersey Shore,” “Family Vacation,” “The Bachelor,” “The Challenge,” and “Vanderpump Rules.”

“Love & Hip-Hop Atlanta,” of VH1 gave the other shows some strong competition and ultimately brought home a win with Spice accepting the recognition alongside Karlie Redd, Bambi & Lil Scrappy. Being true to herself, Spice entered the spotlight and gave a speech in “full out Patois,” said Chung. Those in the crowd who understood the Jamaican dialect “went wild with delight,” she added and gave the songstress thunderous applause for proudly displaying her heritage for the mainstream media. According to Chung, Spice’s unique sense of self and her ability to engage the audience adds to her mystique and “rawness.”

In Spice’s second season as one of the chief cast members of “Love & Hip-Hop Atlanta,” she has made use of the public platform to expand her fan base through the introduction of her brand to North America’s market. On the reality television show, Spice has not muted her authentic self, and continued to show off her bold character, her talents, her music, and her culture to the world.